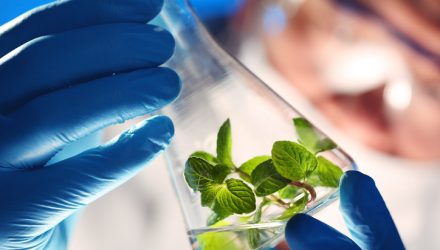 A Biotech ETF at the Center of a Profit/Peril Market

The liver diseases known as NASH, the primary cause of transplants of that vital organ, should be on investors’ radars and the ALPS Medical Breakthroughs ETF (NYSEArca: SBIO) is the ETF perhaps best situated to capitalize on what could become an almost $10 billion market.

There are dozens of NASH treatments currently in clinical trials, but most flopped in 2019 and only a handful are seen as potentially viable going forward. Fortunately, some of the more credible contenders in the NASH space will come by way of SBIO components.

“The one glaring exception to the string of failures has been Intercept Pharmaceuticals,” reports Business Insider. “The small, New York-based biotech was alone in releasing positive late-stage study results last year. It’s now working to get its treatment approved by the US Food and Drug Administration. That has teed up a closely watched FDA decision later this year for what could be the first NASH drug to reach market.”

None of SBIO’s holdings exceed weights of 4.78%, putting Intercept (NASDAQ: ICPT) among the upper echelon at 2.68%. However, the ETF’s NASH exposure extends beyond Intercept.

“Akero’s drug, called AKR-001, is expected to bring two study readouts in the first half of this year. The first, expected by the end of March, will measure how the drug affects patients’ livers using non-invasive testing,” notes Business Insider. “The latter, slated for the second quarter, will use a biopsy to check the liver’s condition.”

Other SBIO holdings with NASH exposure include Viking Therapeutics Inc. (NASDAQ: VKTX), which is expected to reveal trial results later this year.