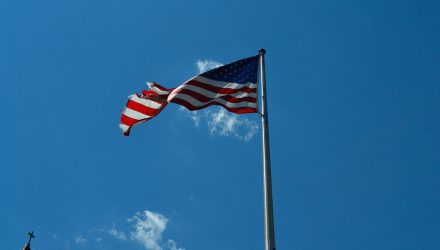 Economic signals in the U.S. were mixed once again last week.

Internationally, the European Union posted a much stronger trade balance than expected. Weekly earnings in the UK also beat expectations. However, UK retail sales were much softer than expected as currency changes drive up stores’ import costs—forcing many of them to raise prices.

In the U.S. equity market, stocks finished the week higher—driven, in part, by progress out of Washington, D.C. toward possible tax cuts. Health care stocks posted the best performance last week as a resolution of political differences on healthcare policy appears more likely. Financials also outperformed for the week, as interest rates on short-term Treasuries rose to levels not seen since late 2008. Energy stocks underperformed, however, as oil prices retreated from the recent highs.

Overseas, Asian markets were the best performers—Japan, in particular—as Asian central banks continued their accommodative monetary policies in an effort to boost economic growth. In contrast, emerging markets underperformed as prospects for a stronger U.S. dollar concerned investors. A strong dollar relative to other currencies can act as a headwind against U.S. investors in foreign stocks by making those investments worth less in dollar terms.

Although global stocks were fairly flat last week, there was significant dispersion between domestic and international markets. The U.S. led the way, with large-cap-value stocks posting the strongest returns. Foreign markets were down across the board.

The Gain portfolios continue to be broadly diversified, and we continue to prefer stocks over bonds. Within our fixed-income holdings, we prefer corporate credits. In particular, high-yield bonds outpaced the broader bond market last week. However, our exposure to Treasuries dampened performance somewhat, as Treasuries lost ground.

The low-volatility environment of late was interrupted last Thursday, albeit temporarily. A sell-off in the Hong Kong equity market brought on by slowing GDP growth in China—the Hang Seng index closed down nearly 2%—created some nervousness among U.S. investors, and the S&P 500 fell sharply. However, the benchmark regained all of that loss and more by the end of the day, as investors once again showed their willingness to “buy on dips.”

The Risk Assist portfolios continued to be unhedged and positioned to capture gains from continued strength in global markets.

Global stocks and the broad-based bond market were fairly flat last week—the first week out of the past five in which bond returns kept pace with global stock returns.

In the Real Spend portfolios, our domestic large-cap, dividend-paying holdings were the best performers. International positions fared the worst.