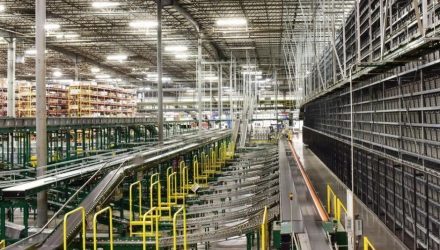 Cyber Monday, Ecommerce, and the Fantastic Growth of Robotics

By William Studebaker via Iris.xyz

Anyone who shops—for anything at all—is well aware of the tremendous rise of ecommerce. It’s been a fast and furious two decades of constant adoption and escalation, and all fingers point to exponential growth to come. According to data from ecommerce analyst Emarketer1, global retail eCommerce sales are expected to rise 23.2%, to $2.29 trillion in 2017, making it the first time ecommerce sales will account for one-tenth of total retail sales worldwide. In the U.S., online sales are expected to grow by 15.8% to reach $452.76 billion in sales. Of that total, Amazon is poised to capture a whopping 43.5%—or just under $197 billion.

Those numbers illustrate a dramatically different story than in 1999. That year, Amazon celebrated its fourth birthday, Jeff Bezos predicted the death of the strip mall, and global ecommerce hit $150 billion for the first time. Already, at least a few retailers were beginning to ponder the long-term impact of ecommerce on their futures. If only they’d had a crystal ball!

Today, retailers who even hope to still be in business to see holiday sales in 2020 are doing everything possible to adapt to this new reality—and fast. The key to survival is robotics, automation, and artificial intelligence (or “RAAI”), and the companies who are delivering those much-needed tools for retail survival are quickly becoming Wall Street’s newest darlings.