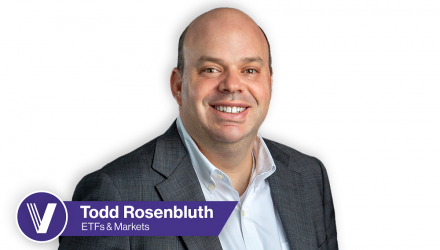 It’s been a rough year for technology-focused equity strategies as investors rotated away from the potentially faster-growing sector amid a rising rate environment. Indeed, popular sector ETFs like the Vanguard Information Technology ETF (VGT) and the Technology Select Sector SPDR Fund (XLK) were down more than 20%. Yet, investors have not necessarily bailed on more narrowly focused tech-focused thematic ETFs tied to long-term trends.

Cybersecurity ETFs initially rose to prominence nearly a decade ago when a hacker group leaked confidential information from Sony Pictures. However, performance for the funds accelerated in 2020 as millions of Americans and even more people around the globe began an unplanned two-year-plus working-from-anywhere experiment. Almost immediately, companies shifted to the cloud in order to function and increased efforts to keep proprietary material safe. Despite persistent spending on technology and the growing cybersecurity threat once Russia invaded Ukraine, the four largest cybersecurity ETFs were down between 17% and 23% year-to-date through July 6.

However, these four ETFs pulled in approximately $900 million of new money this year, with three of the four experiencing inflows. Advisors and end clients are looking longer-term with these ETFs.

Cybersecurity technologies work to proactively shield against possible attacks while mitigating and repairing the damage from incidents that have already occurred, according to Global X. Increased occurrence and severity of cyberattacks demonstrates the permanent need for cybersecurity spending. For cybersecurity companies, this increasingly critical need creates a business model that generates robust, recurring revenue.

Global cybersecurity revenue was predicted in March 2022 to grow to $212 billion by 2026, up from $133 billion in 2021 by Statista, and this data did not reflect the market impacts of the Russian invasion.

The First Trust NASDAQ Cybersecurity ETF (CIBR) is the largest of the quartet, with $5.2 billion in assets after the benefit of $721 million of net inflows in 2022. CIBR was down 20% for the year.

The ETFMG Prime Cyber Security ETF (HACK) is the original cybersecurity ETF, having launched in 2014. However, HACK’s $1.6 billion asset base has been hurt this year by $104 million of net outflows and a worse-than-peers 22% loss in 2022.

For example, CIBR and HACK recently owned top-10 stakes in Cisco Systems (CSCO) and Cloudflare (NET), which were not positions in BUG or IHAK. Even when the four ETFs were in agreement about owning a technology stock, they did not own a similar position size. For instance, Palo Alto Networks (PANW) was an 8.4% recent position in BUG, more than 200 basis points larger than its peers.

With cybersecurity remaining an ongoing global threat, we think these thematic ETFs will remain relevant for many long-term-minded advisors.