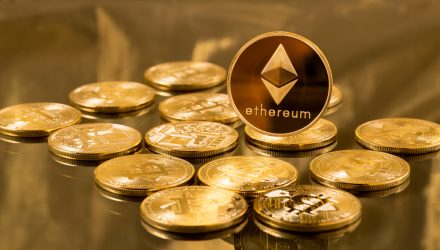 While Bitcoin Has Gone Sideways, Ether Excels in 2021

As a Bloomberg article notes, a chart that highlighted bitcoin versus the performance against the dollar on a logarithmic scale has showed that bitcoin has been trading sideways for the past five years. The scale also took into account the momentum of bitcoin as well as its volatility since 2017. 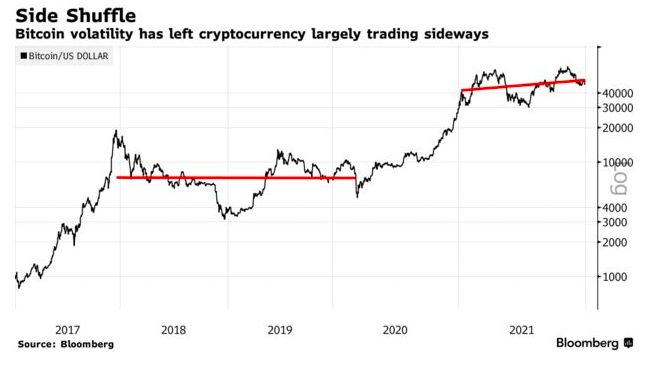 “It’s not really that clear to the world at large, to the mainstream, that what’s really happening with Bitcoin, with Ethereum, with this whole bucket of technologies…is really a revolution in software development,” said Coinlist CEO Graham Jenkin. “Blockchain technology represents a totally new way to build distribute and run software.”

Ethereum allows investors to capitalize on the scalability of its open source network via its native token, ether. This gives Ethereum a tangible use case that allows developers to use the network to create their own types of cryptocurrencies.

This is opposed to bitcoin, which is primarily used as store of value and, lately, as a hedge against inflation, although its price has faltered recently. The leading cryptocurrency hit an all-time high of almost $70,000 back in November before the latest sell-offs that have seen it fall below $50,000.

The recent spate of sell-offs that are making investors see red lately could be traders taking year-end profits. Additionally, the notion that governments could start implementing forthcoming regulations could be giving potential investors pause.

“A lot of traders have made life-changing money in 2021 and have been waiting to take profits until after the turn of the year to delay tax payments until 2023,” said Sergio Silva, sales director at Fireblocks. “That’s another source of selling pressure that could cascade into additional weakness in January.”

As mentioned, the implementation of cryptocurrency regulations by governments in certain parts around the globe could be spooking investors into year-end sell-offs. In the most recent news, Iran may be cracking down on crypto activity.

China has already been cracking down on crypto mining activity but is also exploring the use of a digital version of the yuan. In addition, El Salvador is fully leveraging the use of bitcoin, making it legal tender for use in the country and also planning a bitcoin-funded city.