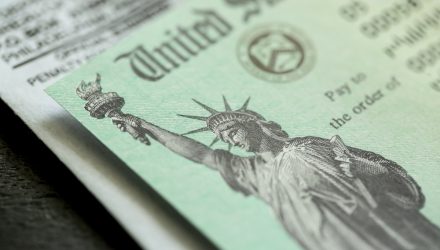 How Stimulus Cash Can Boost Bitcoin

Up 10% for the seven-day period ending late Monday, Bitcoin is again on a torrid pace though it’s backing off from highs around $61,000 set last weekend. That retreat may not last long because some market observers believe retail investors will direct some of their stimulus cash toward Bitcoin.

“A survey conducted by Mizuho found that $40 billion of COVID-19 relief bill funds sent to Americans could go to bitcoin and stocks,” reports Business Insider. “The team found that roughly 40% of respondents said they planned on using at least a portion of their stimulus money to invest in bitcoin or stocks. Mizuho calculated that this means nearly $40 billion of the $380 billion in stimulus checks could go to the assets.”

Amid low global interest rates and central bank debasement of fiat currencies, Bitcoin is becoming a go-to asset for some high-level investors and companies. Clearly, smaller investors are joining the party, too.

Bitcoin Bets Should Pay Off

Currently flirting with $60,000, there’s a potentially significant runway for Bitcoin price appreciation as the usage case expands and more institutional investors step into the market.

Cryptocurrencies remain largely unregulated, which has deterred many potential investors. The Securities and Exchange Commission has so far rejected exemptive relief for any attempt to roll out a Bitcoin ETF, arguing that there is not enough protection against fraud and market manipulation in the cryptocurrency market. However, many institutional investors are moving past those concerns and embracing Bitcoin in a big way.