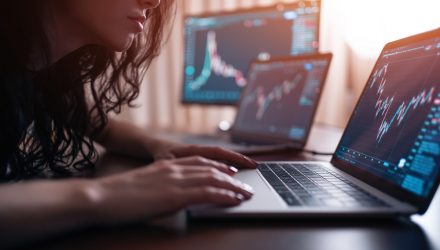 Not Just for Crypto Bros: The Women Leading the Crypto Crusade

The perception that crypto is just for men — the so-called “crypto bros” touting advice and opinions in spades — is rapidly being challenged by the growing number of women not just entering the industry, but assuming C-suite positions.

In 2020, there was a 43% increase in women working within the crypto economy, reports CoinMarketCap, a statistic that reflects a changing industry bucking against its own stereotypes.

Women are founders, co-founders, chief strategy officers, professors specializing in blockchain, executive directors, CEOs, and beyond, fulfilling all manner of roles as they lead their companies and the industry forward in the crypto revolution.

Perhaps one of the best-known women in crypto, both within the industry and outside of it, is Blythe Masters, former executive at JPMorgan and the creator of the credit default swap. She was the first major banking executive to leave Wall Street in favor of crypto, where she was CEO of Digital Asset Holdings for four years before stepping down (but remaining as a board member). Digital Asset Holdings is a financial technology firm that is a leader in smart contracts.

Currently, Masters serves as the CEO of Motive Capital Corp, a SPAC that is sponsored by Fintech private equity firm Motive Partners.

Catherine Coley is another woman to hold the CEO position as the former head of Binance.US, an online platform, cryptocurrency marketplace, and subsidiary of the largest global crypto exchange. As CEO, she strove to fill the roles under her with diverse hires, including bringing in Rena Shah, who is currently the head of exchange at Binance.US. Shah began as a petroleum engineer for oil rigs, before transitioning to the crypto world as a crypto miner.

“I feel confident that digital asset management roles will help more people underrepresented in past industries have the chance to define the digital future on their way to financial independence and freedom,” Coley said in a piece for Business Insider.

Earlier this year, Katherine Dowling joined Bitwise as general counsel and chief compliance officer. Dowling brought over a decade of experience as a prosecutor in the United States Attorney’s Office, where she worked on financial crimes, as well as leadership experience in wealth management firms before transitioning to Bitwise, one of the leading crypto asset managers, according to a press release earlier this year.

“Every day there’s an evolution for crypto, there’s so much going on in this space,” Dowling told Blockworks in an interview.

Women advocates for crypto come from outside of the industry as well. SEC Commissioner Hester Peirce has been dubbed “crypto mom” by the crypto community and is a vocal advocate and proponent of the potential that digital assets present, reports Blockworks. She is one of five Commissioners for the SEC, having been appointed in 2018, and has done everything from advocating for a spot bitcoin ETF to criticizing the regulatory agency’s approach to fining exchanges, arguing that the “enforcement-first” approach isn’t the right way to work to regulate the crypto space.

The spotlight on the gender gap in crypto, however, shines a little brighter these days; DCS 2021, a part of Blockchain World, announced in a press release that it will be featuring Women in Blockchain and Cryptocurrency at the festival that takes place December 15–17. The goal is to be an inspiration for women joining the crypto ecosystem, promoting diversity as well as challenging the long-held status quos within finance.

A recent survey by CNBC and Acorn found that men are currently investing in cryptocurrency at a rate more than twice that of women (16% of men compared to 7% of women). This dichotomy is seen broadly within the financial world, one in which women and people of color typically lag their white, male counterparts by significant margins, both in investing as well as within company leadership.

“Women have a real opportunity to lead, create, and define how the world will operate and how the money will move. This freedom contrasts the start of my career on Wall Street, which took about 200+ years since the first American bank opened to place a woman at the highest leadership level. There is so much potential for growth and diversity of leadership and thought,” Coley said.