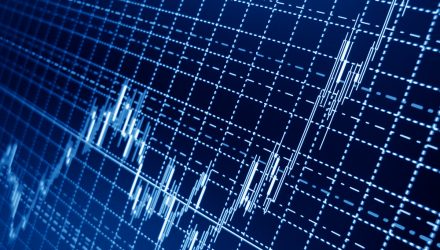 Geopolitical issues, including the specter of possible imminent invasion of Ukraine by Russian forces, have been weighing on bitcoin prices in recent days, but some market observers believe that near-term pressure will give way to long-term upside.

Assuming that this prediction proves accurate, it should benefit exchange traded funds such as the Valkyrie Bitcoin Strategy ETF (BTF). The actively managed BTF, which debuted last October, usually holds cash-settled front-month bitcoin futures or the contracts from the next nearest month.

One expert argues that geopolitical tensions are illustrating usage cases for bitcoin. That includes Russia threatening to invade neighboring Ukraine.

For its part, Russia could regulate crypto transactions as soon as this week, but the point is clear: Bitcoin and other digital assets are decentralized. There’s no central bank or other monetary authority that can block bitcoin payments.

Green also highlights the controversy surrounding GoFundMe and the Freedom Convoy in Canada as another example of an adoption/usage case for bitcoin.

“In what many have argued is down to political over-reach, a decision was made by GoFundMe this week to remove the donation campaign for the Canada ‘Freedom Convoy’ trucker protest from its site and return the millions of dollars back to the donors,” says the deVere chief executive. “But, in response, crypto enthusiasts set up a crowdfunding campaign on the platform Tallycoin as an alternative way to raise money for the protestor.”

Green adds that the recent weakness in bitcoin isn’t as much a symptom of geopolitical issues as it is a result of slumping global equity markets. Still, Green remains bullish on the largest cryptocurrency by market value, noting that it remains a store of value, indicating that there’s still potential with BTF.

“Geopolitical issues this (last) week have tested its other core values of being a viable decentralized, tamper-proof, unconfiscatable monetary system,” concludes Green. “These real life use cases will further increase Bitcoin’s mass adoption and lead to higher prices this year.”