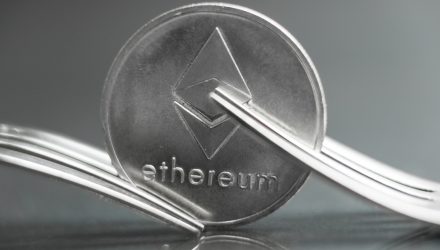 The somewhat contested but eagerly anticipated Ethereum “London” hard fork has activated, and already the price of ether is up 3.9% in the last 24 hours, reports CNBC. The successful upgrade brings about several changes to the network, including changing how transaction fees are calculated and setting the foundations for making it harder for miners to earn money.

The changes to the code of the second-largest global cryptocurrency helps to address a scaling issue that has plagued the network increasingly in recent months. Ethereum has often had extremely unpredictable and often times sky-high transaction fees.

The changes that Thursday’s hard fork brings, the eleventh hard fork to have occurred for Ethereum, will fix many of the issues by “burning,” or destroying, ether coins and making transaction fees much more predictable by changing the way they work.

The “London” hard fork is composed of five different components, called Ethereum Improvement Proposals (EIPs), that each change the code in different ways. The primary focus by users and those watching has been on the EIP-1559, which changes the way that transaction fees are occurring.

Previously, users would participate in an open auction that was essentially blind for each block; users would place bids with miners and propose transaction fees (gas prices) in a closed bid where with no guidance on prices. The nature of the transactions created an atmosphere that saw some users attempting to prioritize themselves within the block itself by paying a premium above their bid.

EIP-1559 eliminates the blind auction method per block, instead implementing a system in which Ethereum’s protocol will use an algorithm to analyze the overall demand on the network and compute a transaction fee accordingly. While this doesn’t mean it will be any less expensive for buyers per se, it should eliminate the massive price spikes that were occurring and help to level the fees out.

“Fifteen-fifty-nine is really meant to create an ecosystem that encourages lower gas fees,” said Auston Bunsen, co-founder and CTO of QuikNode, a provider of blockchain infrastructure to companies and developers. He continued: “Sometimes people are willing to pay a lot to get into a block. Fifteen-fifty-nine seeks to remediate this issue by creating a base fee.”

The protocol does still allow for tipping though, which would allow users to continue to jump the line if they are willing to pay extra.

This frees up about half the space that was being used on each block for transactions, but the new code means that blocks will stay half full to help alleviate and prevent the price spikes between blocks and keeping transaction fees more stable.

By creating a dynamic block size that is made to flex with demand, the crypto can stabilize, explained Matt Hougan, CIO of Bitwise Asset Management. He compares what was happening to a ferry boat’s prices for passengers. In setting a price that ultimately is too low, the ferry needs as much space as possible to try and accommodate the influx of people wanting to ride at that price.

“But the price ratchets up very quickly, and algorithmically, to the point where you should get to a clearing price that allows the block to be at its target of half full, and certainly that allows all the transactions that want to go through to be processed,” Hougan explained. “It sounds pretty simple, but it’s a really elegant design solution to a problem that has plagued Ethereum since its inception.”

The big issue at stake is that the ether that would have gone to the miner in the previous iteration now gets “burned” and permanently removed from the network. While some view this as a potentially deflationary mechanic, with a rise in price being created due to less supply, not all are on board with that takeaway.

For now, miners can still hope to win a block and thereby earn newly minted ether using their computing power, as well as receiving tips for users looking to prioritize their standing on the block. As it stands, they won’t make as much money as they did before “London” was enacted.

Looking forward, Ethereum miners stand to become obsolete within the next few years due to upcoming core network changes, something that one of the other “London” protocols addresses, EIP-3554. This particular protocol lays the foundation for Ethereum 2.0, which would bring about a total overhaul and upgrade to the system when it is eventually turned on.

The Ethereum 2.0 network will be structured in such a way that it moves from the “proof-of-work” mining system currently being used to a “proof-of-stake” system. This new system would require users to leverage the ether they already own as the way to verify transactions and make new coins. It would mean a monumental change, not just for Ethereum, but for all of cryptocurrency, as everything is currently structured akin to the proof-of-work system.

The previous timeline given to miners to prepare for this switch was a year from now, in the summer of 2022. This deadline with “London” has now been moved up to December. Once it turns on, Ethereum essentially becomes un-mineable once it is activated. The entire network would be mining free within a few years.