You are at:Home»Crypto Channel»El Salvador Undeterred by Drop in Bitcoin 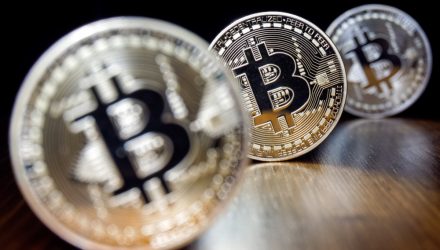 It looks like the country of El Salvador wants to be a paragon of dollar cost averaging given the way it’s been buying the bitcoin dips as of late.

The leading cryptocurrency fell under $50,000 over the weekend, but that didn’t deter El Salvador from adding more to its position. After all, as the first country to make bitcoin legal tender, it has to show conviction in the investment.

“El Salvador President Nayib Bukele, whose country holds bitcoin on its balance sheet and has purchased coins during previous dips, announced another purchase of 150 BTC for around $48,700 each,” CoinDesk reports.

Weekend Profit-Taking and Other Factors

The price of bitcoin fell by as much as $10,000 on Saturday, taking the rest of the crypto markets with it as a broad sell-off ensued. This runs counter to the narrative that cryptocurrencies could be used as a safe haven asset, especially now that the Omicron variant is racking the traditional finance markets with a degree of uncertainty.

“So far I’ve seen upwards of 4,000 BTC being sold that pushed the market abruptly down,” said Laurent Kssis, a crypto exchange traded fund expert and director of CEC Capital. “In fact, 1,500 BTC alone was sold in less than a minute at the time of the drop.”

It could also be that year-end profit-taking also took place this past weekend, as many cryptocurrencies have vaulted themselves to new highs this year. In addition to bitcoin, the second-largest cryptocurrency, ethereum, also hit a new high during the month of October.

Other headwinds to cryptocurrencies heading into 2022 could be the Federal Reserve looking to raise rates in the new year. A stronger dollar could potentially stifle a comeback from the latest sell-off, but overall, bitcoin is still up 67% for the year.

If the latest bitcoin drop is indeed a minor speed bump en route to more highs in 2022, exchange traded fund (ETF) investors may want to play on their convictions with the ProShares Bitcoin ETF (BITO). Investors who can’t stomach the volatility that’s hit bitcoin as of late, but still want alternative asset exposure to the leading cryptocurrency, will want to give the fund a closer look.