You are at:Home»Crypto Channel»Don’t Lose Track of Ethereum in the Bitcoin Bonanza 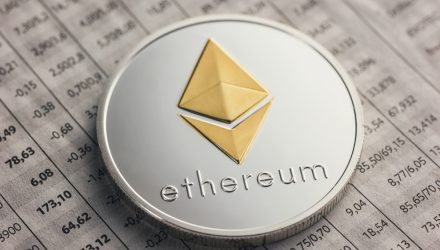 Don’t Lose Track of Ethereum in the Bitcoin Bonanza

Bitcoin is by far the largest cryptocurrency by market capitalization, and, as such, dominates the digital asset conversation. However, investors looking for the next big thing in crypto don’t need to look far because Ethereum is primed for more upside.

Ether has been on a tear of its own of late, outperforming Bitcoin along the way. That run may not be over.

In fact, the popular cryptocurrency may be getting some assistance in the form of reduced Ether supply. Still, there’s a huge valuation chasm between Bitcoin and Ether, but it’s one some experts see narrowing.

The “thesis is based on the simple premise that Ether is more useful and has grander ambitions than Bitcoin. It’s also based on the fact that the success of these two assets is tightly correlated. Cementing my position is the upcoming update to the Ethereum network that could slash supply while mainstream adoption gathers steam. If these trends continue, Ether’s market value could surge past Bitcoin within the next few years,” according to Seeking Alpha.

The Advantages of Ether

That’s a complicated way of saying that Ethereum not only makes a cryptocurrency called Ether possible, but can also support the launch of new cryptocurrencies and make it possible to crowdsource funding for new projects.

“However, Ethereum is working off a smaller base which makes it more likely to outperform its larger peer. This is clear from the recent bull run,” reports Seeking Alpha. “Bitcoin’s price is up 730% over the past 12 months, while Ether is up 1,290% over the same period. Bitcoin’s market cap has already surged past $1 trillion while Ether’s aggregate value is $242 billion. In other words, ETH’s outperformance is driven by the law of large numbers.”