You are at:Home»Crypto Channel»Dining Out on Bitcoin? Go to These Restaurants 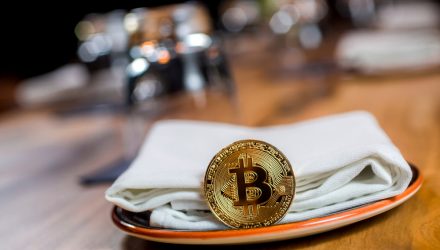 Dining Out on Bitcoin? Go to These Restaurants

Bitcoin adoption is an evolving conversation and while general adoption of cryptocurrencies is low today, the low base indicates there’s plenty of growth ahead.

One way to bolster Bitcoin’s mainstream credibility is for it to become a more readily accepted form of payment for everyday events, tasks, and leisure activities, such as dining out. In this fashion, the billionaire behind a well-known restaurant empire says his eateries are ready to take crypto as payment.

In an interview with CNBC earlier this week, Tilman Fertitta said restaurants under his Landry’s umbrella will soon be accepting Bitcoin. In fact, some already are.

“We’ll have it, probably, within all of our restaurant brands — or 80% to 90% — in the next 90 days, where you don’t have to use a Mastercard or Visa or American Express anymore. You can use bitcoin or other digital currencies,” Fertitta said.

The Rockets and Fertitta’s luxury car dealership in Houston are also taking Bitcoin as payment.

The Landry’s news arrives the same week that Kansas City Chiefs tight end Sean Culkin said he will become the first player in the league to convert his entire yearly salary to the largest cryptocurrency.

As for Fertitta and Bitcoin, it’s not yet clear if Golden Nugget Online Gaming (NASDAQ: GNOG) or his land-based Golden Nugget casinos will eventually accept Bitcoin.