You are at:Home»Crypto Channel»Citigroup & Goldman Sachs: Bitcoin’s Moment Is Now 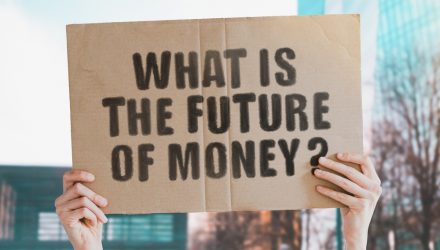 Currently flirting with $50,000, there’s a potentially significant runway for Bitcoin price appreciation as the usage case expands and more institutional investors step into the market.

“In a report by Citigroup’s Global Perspectives & Solutions, strategists laid out a case for Bitcoin to play a bigger role in the global financial system, saying the cryptocurrency could become ‘the currency of choice for international trade’ in the years ahead,” reports Olivia Raimonde for Bloomberg. “Bitcoin has advantages over the current global payment system, such as its decentralized design, lack of foreign exchange exposure and traceability, the strategists said.”

Bitcoin has sometimes been referred to as ‘digital gold’, with supporters suggesting it could be a good safe-haven investment. However, the cryptocurrency has tended to trade closer to equity markets in recent times and has been plagued by massive volatility, which has either made investors fortunes or crushed them. Like gold and other commodities, Bitcoin is a real asset, meaning its place in portfolios is increasingly viewed as credible.

Goldman Sachs is “restarting a trading desk for cryptocurrencies, a person familiar with the effort said. The Wall Street bank will begin offering Bitcoin futures among other products by mid-March after halting a similar effort started in 2018, according to the person, who asked to to be named because the plans haven’t been announced,” according to Bloomberg.

Bitcoin recently accomplished something only a handful of US companies ever have: it crossed into the $1 trillion market capitalization club.

That’s a testament to rising institutional investment and expectations that Bitcoin is a credible store of value, among other factors. Interestingly, $1 trillion appears to be more a floor than a ceiling for the largest cryptocurrency.

“Citigroup’s full-throated backing of Bitcoin shows that crypto is continuing to win over the world’s biggest financial institutions,” added Bloomberg.

Cryptocurrencies remain largely unregulated, which has deterred many potential investors. The Securities and Exchange Commission has so far rejected exemptive relief for any attempt to roll out a Bitcoin ETF, arguing that there is not enough protection against fraud and market manipulation in the cryptocurrency market.