You are at:Home»Crypto Channel»Breaking Down Bitcoin with Help from ARK Invest 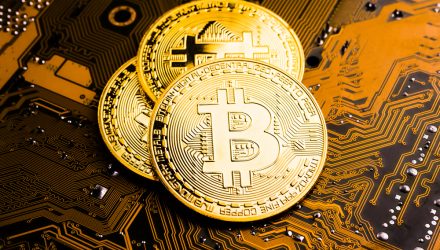 Breaking Down Bitcoin with Help from ARK Invest

Bitcoin is known for dramatic price swings, but the fundamentals view on the largest digital currency is still strong. The steady view for the Bitcoin network is backed by research suggesting investors are increasingly view Bitcoin as a long-term asset, and one less driven by media hype.

One of the most cited knocks against Bitcoin is that digital assets are volatile. While the largest cryptocurrency has had its bouts with turbulence, some investors may be surprised to learn Bitcoin actually has some favorable volatility statistics.

“Based on search volumes compared to 2017, bitcoin’s price increase seems to be driven less by hype. With bitcoin appearing to gain more trust, some companies are considering it as cash on their balance sheets,” according to ARK research.

What ARK Invest Is Saying About Bitcoin

For HODLers and crypto fans alike, the good news is that the adoption trajectory for Bitcoin looks compelling. Looking at the S-curve, which measures adoption of new technologies, Bitcoin is right where it should be according to many market observers. If corporate adoption of Bitcoin increases, price appreciation could be staggering.

“If all S&P 500 companies were to allocate 1% of their cash to bitcoin, ARK estimates that its price would increase by approximately $40,000,” notes ARK.

Additional data suggests that investors are in fact holding onto Bitcoin for longer holding periods, which provides support for pricing.

“As of November 2020, roughly 60% of bitcoin’s supply had not moved in more than a year, a testament to the market’s longer-term focus and a holder base with stronger conviction,” adds ARK.