You are at:Home»Crypto Channel»Bitcoin Makes a Break for Highs in Recent Rally 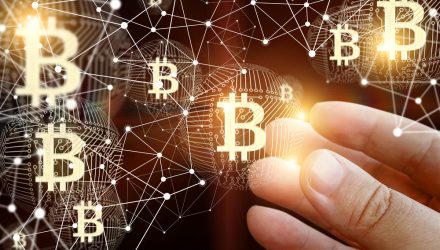 Bitcoin Makes a Break for Highs in Recent Rally

Bitcoin has once again gone skyrocketing upwards in a trend that has seen the popular cryptocurrency rise more than 90% from July lows. At a time when the rest of the markets are tremulous, bitcoin is once again climbing the ascent of its record highs, trading earlier on Tuesday at above $57,000, reports Bloomberg.

With the record high only $7,700 above most recent highs, it’s entirely possible that the largest cryptocurrency could continue riding the highs into new records.

Vijay Ayyar, head of Asia Pacific with Luno, a crypto exchange in Singapore, believes that new highs are entirely possible by the end of the year, reaching upwards of $80,000 according to analyses of charts. Highs of that nature are only possible, though, if the floor can be maintained at $50,000 for the short term, Ayyar explained.

When tracking the price movement, the most recent climb indicates an inverted head and shoulders pattern on charts; the ultimate outcome and perceived target of this type of pattern is around $79,000.

By tracking the price momentum utilizing the Ichimoku cloud technique, a popular method that uses candlestick charting to predict future price movements, it is revealed that the short-term movement has surpassed the longer-term trend. When tracking bitcoin and ethereum historically, anytime this crossover has happened, both were much higher a year later.

Furthermore, options markets are betting heavily on a strong finish for bitcoin by the end of the year; the bets for ending December at an $80,000 strike call are much more numerous than those for a $40,000 strike put.

For investors that are looking to ride the potential climb of bitcoin prices but also want some protections from direct exposure to the volatile cryptocurrency, the Bitcoin Strategy ProFund (BTCFX) is a solution.

BTCFX is an actively managed fund that invests in Bitcoin futures contracts, typically in cash settled, front-month Bitcoin futures. These types of contracts have the shortest time to maturity and therefore carry a lot of liquidity inherently.

The fund does not invest in bitcoin directly and does not seek exposure to the most current cash price of bitcoin, otherwise known as the “spot” price. BTCFX gains its exposure by investing roughly 25% in its wholly-owned subsidiary in the Cayman Islands.