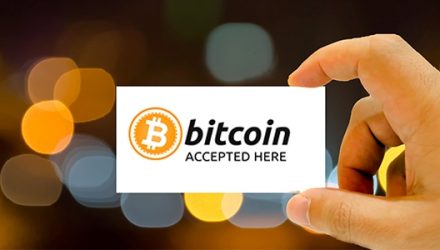 Bitcoin Could Hit 10% Adoption Rate By End Of The Decade

“Lettuce hands” is an expression some people use to describe an investor who sells their Bitcoin at the first sign of trouble, often at a loss. An example of its use in a sentence might be: “Elon Musk has lettuce hands because he sold 75% of Tesla’s Bitcoin holdings in the second quarter.”

The above sentence is more than an example; it happens to be the truth. During Tesla’s quarterly results webcast last week, Musk admitted to dumping some $936 million of Bitcoin to raise cash out of concern of an economic pullback due to pandemic lockdowns in China. The chief executive said he sold for a “realized gain,” but some people online have some serious doubts.

To be fair, Musk added that he was open to buying more in the future. But to many Bitcoin fans and advocates, his decision to sell feels like a betrayal—especially since he continues to hold the meme coin Dogecoin, created in 2013 as a joke.

When Tesla initially announced in February 2021 that it had bought $1.5 billion in Bitcoin, the crypto community saw this as signaling the start of a trend of big companies and other institutional investors holding the digital asset on their balance sheets. The enthusiasm only mounted the following month when the electric vehicle (EV) maker announced it would begin accepting Bitcoin as payment.

These plans lasted little more than a month before Musk suspended Bitcoin payments. The reason? Mining the asset, he claimed, consumed too much energy and emitted loads of greenhouse gases.

We now know that Musk’s concerns, while valid, were and are not grounded in truth. Some might call them FUD, or fear, uncertainty and doubt.

Musk is right in one respect: Bitcoin mining is energy intensive, no doubt about it, and it will only get increasingly more energy intensive on a per-coin basis as the difficulty rate heads higher.

Where he’s mistaken is in saying that Bitcoin mining is dirtier than other industries. The truth is that institutional-size miners’ usage of renewable, non-carbon-emitting energy has been shown to be greater on average than that of any large country on earth.

Below are the second-quarter survey results from members of the Bitcoin Mining Council (BMC), of which HIVE Blockchain Technologies is a founding member. According to the data, sustainable energy (wind, solar, hydro, geothermal, etc.) represents an impressive 66% of BMC members’ power mix. For the entire global Bitcoin network, it’s nearly 60%. No G20 country comes close to using that level of renewable energy as a percent of total energy use.

And as many others have pointed out, including myself, large-scale Bitcoin miners are very often the buyers of last resort when it comes to renewable energy. They regularly consume much of the electricity that otherwise would have gone to waste during non-peak hours. This makes sustainable energy more competitive and will encourage further deployment of wind and solar.

Dennis Porter, CEO of the Satoshi Action Fund, whose mission is to educate policymakers on the merits of Bitcoin, takes it a step further. Bitcoin mining, he said in a recent tweet, will one day “be such an important part of the grid that if they try to ban it, we’ll all be without power.”

Despite all of this, Tesla still has no plans to begin accepting Bitcoin as payment again. The only digital asset it does accept is Dogecoin, whose market cap is only about 2% the size of Bitcoin’s.

Shanghai Lockdown A Challenge For Tesla In Q2

We continue to like Tesla, nevertheless. The lockdowns in Shanghai were a huge challenge for the carmaker in the second quarter, with profits down compared to the prior quarter. Now that factories are back up and running, though, we expect to see stronger results when the company reports on the third quarter.

Like tech stocks and luxury goods stocks, both of which Tesla is considered a member, shares have traded down into bear market territory this year on rising rates, recession fears and global supply chain issues.

Tesla’s suspension of Bitcoin payments raises questions regarding the digital asset’s viability as a currency and widely accepted medium of exchange. More and more companies and retailers will take your Bitcoin, but so far, a relatively few transactions are made using the crypto. According to one source, Bitcoin currently processes only around seven transactions per second compared to Visa’s 1,700 and Mastercard’s 5,000.

But it won’t be like this forever, says the latest research by blockchain infrastructure firm Blockware Solutions.

In a June report, the company looks at historical adoption trends for a number of previous disruptive technologies, including the automobile, radio, internet, smartphone and more. Although the speed of adoption in these cases differed, one thing was certain: Once adoption hit 10% of the population, growth became “parabolic” as penetration shifted from the “early adopters” to “early majority,” and finally to the “late majority.”

Long story short, Blockware predicts that global Bitcoin adoption will break past 10% in the year 2030. After that, growth could become parabolic, eventually reaching 80% of the population in the 2050s.

Just as a reminder, Bitcoin supply is capped at 21 million. Divide that among 8 billion people, which is what global population is projected to reach later this year. The model above suggests that owning just one whole Bitcoin and holding it for the long haul could end up generating not only life-changing wealth but generational wealth.

Did you miss HIVE Blockchain’s results for fiscal year 2022? Watch the replay by clicking here!

The Nasdaq 100 Index is a basket of the 100 largest, most actively traded U.S companies listed on the Nasdaq stock exchange. The S&P Global Luxury Index is comprised of 80 of the largest publicly-traded companies engaged in the production or distribution of luxury goods or the provision of luxury services that meet specific investibility requirements.

Holdings may change daily. Holdings are reported as of the most recent quarter-end. The following securities mentioned in the article were held by one or more accounts managed by U.S. Global Investors as of (06/30/22): Tesla Inc.