You are at:Home»Crypto Channel»A Case for Crypto and Web3 Regulation 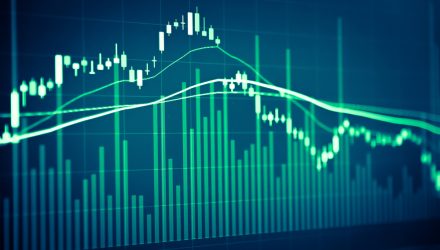 A Case for Crypto and Web3 Regulation

As the Crypto and Web3 industry continues to grow and mature, regulation can no longer predominantly be done through enforcement actions. Instead, the industry should move toward a regulatory and legislative framework that recognizes the potential and importance of digital currencies and applications like decentralized finance (DeFi), a term used to describe a variety of financial services that can be conducted without the institutional intermediaries of the traditional finance world.

During times like these, it’s important to take a fresh look at both historical precedent that adapted to new technologies, as well as existing regulations to ensure we’re not squashing innovation by overly protecting the public. That’s because Crypto and Web3 are not just disrupting our current legacy financial system. They’re an effort to make finance better. A bridge to a more inclusive, accessible financial services ecosystem for all. Today, over 2.3 billion people are excluded from the traditional financial system, and even more lack access to sophisticated services such as borrowing, lending and asset management.

During the internet’s infancy, the U.S. government under the Clinton administration published its landmark Global Framework for Electronic Commerce, which set into action an age of ‘do no harm’ policies aimed at supporting — not stifling — this new technology’s potential. The framework consisted of a series of specific recommendations for not taxing, regulating, or restricting the then nascent and key promise of the internet: global electronic commerce. Like Crypto and Web3 today, it acknowledged that the internet was truly new, did not have one unitary application, and was at risk of being stifled if old laws and regulations written before the technology even existed were blindly applied. As noted in the framework, “knowing when to act and — at least as important — when not to act, will be crucial to the development of electronic commerce…We should not assume, for example, that the regulatory frameworks established over the past sixty years for telecommunications, radio and television fit the internet. Regulation should be imposed only as a necessary means to achieve an important goal on which there is a broad consensus. Existing laws and regulations that may hinder electronic commerce should be reviewed and revised or eliminated to reflect the needs of the new electronic age.”

This was not only an important framework, but an inspiring call to action for other global regulatory bodies in light of the global cooperation needed to realize the internet’s full potential. Crypto and Web3 similarly extend beyond physical and jurisdictional borders and need to be treated as such.

Had it not been for this philosophy of regulation by support, not by enforcement, the period of American economic growth driven by the applications and infrastructure of the internet would have been crippled.  It is vital to recognize that this type of supportive regulatory framework helped the US further solidify its  ‘economic superpower’ status.

We Should Regulate Crypto and Web3 Like the Internet

Due to the rapidly evolving nature of digital currencies, there is no singular or holistic approach to how they should be treated from a regulatory perspective. Are they currency? Property? Security? Commodity? The fact that questions like this exist is more of a feature than a bug, and a reflection of the multiple use cases that exist for Crypto and Web3. But as these applications become more used and globally significant, sensible rules of the road, rather than regulation by enforcement, are needed to further legitimize it for the next wave of users, consumers and investors.

In certain ways, the inclination to strictly enforce the law against Crypto and Web3 is natural. For instance, each DeFi protocol has a centralized version of itself in the traditional finance world that intermediates transactions for their customers. These entities are highly regulated and subject to strict obligations and liabilities. The natural thought is that DeFi protocols should similarly be regulated. But it’s important to consider why traditional finance requires intermediaries. These transactions create custodial, counterparty and credit risks, things that can result in significant financial losses. The purpose of DeFi, in contrast, is that it removes intermediaries and therefore the inherent risks. DeFi does carry other types of risks, and no serious actors in this space are arguing that regulation of some kind shouldn’t exist. For instance, to the extent digital currencies are deemed commodities (which many of them should be), the US’s commodities regulator, the CFTC, certainly has jurisdiction over any fraud and manipulation that may take place. But rather than blindly applying old laws and regulations written before this new technology even existed, we should adopt the “do not harm” approach of the early internet, fully consider where the risks and rewards lie, and act accordingly.

The recent Senate and House committee hearings featuring major companies in this industry were significant steps forward in the right direction. The hearings were a meaningful demonstration of our democratic process at work. The number of informed and thoughtful questions highlight Congress’s commitment to listening and learning. Rather than focusing on real, but often over-emphasized risks such as money laundering, hacks, ransomware and tax evasion, our policymakers instead acknowledged the benefits of Crypto and Web3, including its ability to democratize finance and the internet; its open, transparent and secure technology; and how the U.S. can remain at the forefront of innovation.

The collaborative approach and fact-finding posture of policymakers during those hearings set an optimistic tone for how lawmakers and industry can work together to encourage innovation and protect public interest. The House hearing in particular is now regarded as the most positive and constructive bi-partisan engagement around the Crypto ecosystem from the U.S. government to date. Building on this progress, regulators should now consider adopting the ‘do no harm’ approach of the internet era.

Crypto, Web3, DeFi and digital currencies are here. While it’s still a nascent technology, it has the ability to revolutionize the global financial services industry and pave the way for a more accessible and efficient financial system. Like the internet, DeFi can spur on a new age of democratized innovation  – but only if we let it.