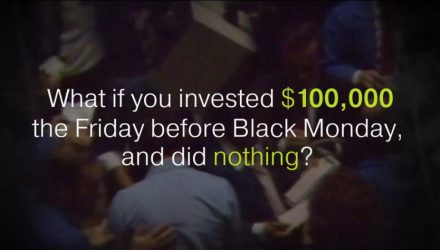 The Crash of ’87 and What It Means for You

By Brian Levitt via Iris.xyz

The New York stock market crash of 1987 happened 30 years ago when, on October 19, the Dow Jones Industrial Average (DJIA or the Dow) plunged by a then-record 508 points—a 22% decline in the index.

I was a sixth-grade latchkey kid at the time, with an older sister who spent that particular afternoon watching ABC’s lineup of General Hospital and The Oprah Winfrey Show. (The topic: TV’s New Leading Men: Michael Pare from the series Houston Knights; John Stamos from Full House; and Jack Scalia from Remington Steele.1)

I can still remember ABC News “interrupting our regularly scheduled programing to bring you a special report.”  The late Peter Jennings announced, “There has never been a day like it.” A few hours later, my old man walked through the door, and I asked, “Dad, do we own any stocks?” The look on his face told me all I needed to know.

Jennings was only partially right.  In many ways there hadn’t been a day like it: 595 million shares traded hands (the prior record was 302 million); 95 stocks in the S&P 500 Index weren’t open for trading by 10:00 a.m.; record margin calls and program trades overwhelmed the system.