You are at:Home»Featured»Could Speculative GameStop Plays Have Been Fueled by Institutions? 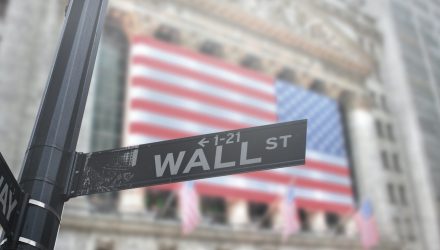 Could Speculative GameStop Plays Have Been Fueled by Institutions?

Although stocks and index ETFs are gaining ground following the retail trader debacle, financial experts are now attributing the volatility seen in certain stocks to other forces.

While GameStop, AMC Entertainment, and Plug Power, and ETFs like the Wedbush ETFMG Video Game Tech ETF (GAMR) have been popular buys among retail investors, JPMorgan uncovered that the conventional video game retailer was not in the top-ten most purchased stocks by retail investors.

The news of a group of Reddit-incited small traders battling against Wall Street by buying GameStop collectively  forcing a short squeeze by professional hedge fund managers, who were forced to cover their negative bets or risk catastrophic losses, has been all over the news lately. It has even prompted a class-action lawsuit against companies like Robinhood, as well was regulatory scrutiny by the government.

Were Hedge Funds to Blame?

But according to JPMorgan, several signs are suggesting that there be another reason for the erratic price action: institutional players.

“Although retail buying was portrayed as the main driver of the extreme price rally experienced by some stocks, the actual picture may be much more nuanced,” JPMorgan global quantitative and derivatives strategy analyst Peng Cheng told clients in a note. JPMorgan’s quant team uses public data from exchanges and applies a proprietary methodology to identify which flows are from retail traders. GameStop was number 15 on the firm’s retail buying list for January.

The rookie investor narrative attracted the most attention, thanks to its wide dissemination throughout social media, where traders posted screen shots of their positions and lambasted Robinhood and other brokers when the firms were forced to curb trading amid the frenzied action and heightening volatility. Reddit group WallStreetBets has surged to 8.5 million subscribers.

Yet it’s possible that the social media fanfare has obscured actions from Wall Street, where firms were co-opting this trade to profit quickly as well, data shows.

“Maybe it’s not as much of just the little guy versus the big guy,” said JMP Securities analyst Devin Ryan. “I think that it’s reasonable to say that institutional investors were also very active in those stocks last week because there are institutional investors that participate in names that have elevated volume. I think most likely that was also expressed in some of the options activity last week as well.”

Tell-tale signs of institutional action could include the fact that prices rallied, despite the fact that retail investors were actually net sellers of GameStop from Tuesday through Thursday last week, according to data from Citadel Securities.

“What was going on in the stocks forced the hedge funds to trade to cover, or they might have been playing, too, to win,” said Piper Sandler analyst Richard Repetto. “There always could be the hedge fund that was totally uninvolved, wasn’t short, but saw what was going and said this might be a way that I can profit just by going long.”

“If this was just retail doing everything, that percentage would have stayed the same, if not gone up,” said Repetto. Hedges might have been “riding the wave and trying to benefit, too,” he added.

“I know people are hung up on Reddit and the little guy sort of teaming up on the big guys. … I think this was just big guys teaming up on big guys,” Henderson said during a webinar on Tuesday.

Where Do We Go from Here?

Regardless of the outcome, regulation has become a key discussion point recently.

“Regulators want to get to the bottom of what exactly occurred last week,” said Ryan. “One response will be for regulators to look into exactly how this occurred and whether there were bad actors with bad intentions mixed in with people that were just looking for information and were taking part in a trade they were enthusiastic about.”

SEC regulators are supposedly scrutinizing Reddit posts to determine if there were any malicious players or bots attempting to manipulate the market last week, according to Bloomberg News.

“We’re kind of in this unprecedented time where the power of social media has really taken on a new meaning,” said Ryan. “I think that gives people a new voice and overall information is powerful, but with that there needs to be some understanding about how that information is being used.”

It’s easy to get caught up in market excitement, with individuals throwing their kids’ college funds and retirement money into the speculative stocks, looking to make a quick buck. As GameStop and later silver futures action proves, the end result is often less than glorious. While the gaming retailer had reached roughly $350 per share, it quickly fell back to around $50, a loss of more than 80% in a matter of days. Silver meanwhile lost much of its gain within days as well.

While GameStop may rise again, retirement investors should be more cautious.

Those looking for a retirement strategy that’s still exciting relative to old -guard retirement assets such as Treasuries and municipal bonds may want to consider the Nationwide Risk-Managed Income ETF (NYSEArca: NUSI).

In addition, silver ETFs like the iShares Silver Trust (SLV) may still offer opportunities, as many analysts still see silver targeting above $30 per ounce.

* Top Nusi Holdings – Fund holdings are subject to change and are not recommendations to buy or sell any security.
* No other products mentioned are distributed by Quasar Distributors, LLC.
* Opinions expressed are subject to change at any time, are not guaranteed and should not be considered investment advice

This article was prepared as part of Nationwide’s paid sponsorship of ETF Trends.

ETFs, hedge funds, equities, bonds, and other asset classes have different risk profiles, which should be considered when investing. All investments contain risk and may lose value. Investing involves risk, including the possible loss of principal. Shares of any ETF are bought and sold at market price (not NAV), may trade at a discount or premium to NAV and are not individually redeemed from the Fund. Brokerage commissions will reduce returns. The Fund’s return may not match or achieve a high degree of correlation with the return of the underlying index.

Call 1-800-617-0004 to request a summary prospectus and/or a prospectus. You may also download the prospectus at the link above or by visiting etf.nationwide.com. These prospectuses outline investment objectives, risks, fees, charges and expenses, and other information that you should read and consider carefully before investing.

KEY RISKS: The Fund is subject to the risks of investing in equity securities, including tracking stock (a class of common stock that “tracks” the performance of a unit or division within a larger company). A tracking stock’s value may decline even if the larger company’s stock increases in value. The Fund is subject to the risks of investing in foreign securities (currency fluctuations, political risks, differences in accounting and limited availability of information, all of which are magnified in emerging markets). The Fund may invest in more-aggressive investments such as derivatives (which create investment leverage and illiquidity and are highly volatile). The Fund employs a collared options strategy (using call and put options is speculative and can lead to losses because of adverse movements in the price or value of the reference asset). The success of the Fund’s investment strategy may depend on the effectiveness of the subadviser’s quantitative tools for screening securities and on data provided by third parties. The Fund expects to invest a portion of its assets to replicate the holdings of an index. Correlation between Fund performance and index performance may be affected by Fund expenses and because the Fund may not be invested fully in the securities of the index or may hold securities not included in the index. The Fund frequently may buy and sell portfolio securities and other assets to rebalance its exposure to various market sectors. Higher portfolio turnover may result in higher levels of transaction costs paid by the Fund and greater tax liabilities for shareholders. The Fund may concentrate on specific sectors or industries, subjecting it to greater volatility than that of other ETFs. The Fund may hold large positions in a small number of securities, and an increase or decrease in the value of such securities may have a disproportionate impact on the Fund’s value and total return. Although the Fund intends to invest in a variety of securities and instruments, the Fund will be considered nondiversified. Additional Fund risk includes: Collared options strategy risk, correlation risk, derivatives risk, foreign investment risk, and industry concentration risk.

Nasdaq-100 Index: An unmanaged, market capitalization-weighted index of equity securities issued by 100 of the largest non-financial companies, with certain rules capping the influence of the largest components. It is based on exchange, and it is not an index of U.S.-based companies. Market index performance is provided by a third-party source Nationwide Funds Group deems to be reliable (Morningstar). Indexes are unmanaged and have been provided for comparison purposes only. No fees or expenses have been reflected. Individuals cannot invest directly in an index.

Nationwide Fund Advisors (NFA) is the registered investment advisor to Nationwide ETFs, which are distributed by Quasar Distributors LLC. NFA is not affiliate with any distributor, subadviser, or index provider contracted by NFA for the Nationwide ETFs.

Nationwide, the Nationwide N and Eagle and Nationwide is on your side are service marks of Nationwide Mutual Insurance Company. © 2021 Nationwide