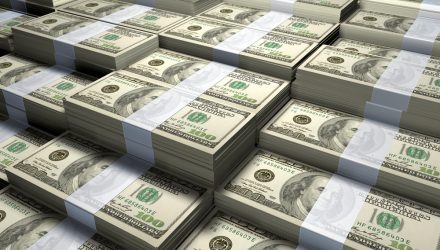 What to do With Windfalls

If you haven’t experienced a financial windfall, it’s likely that you eventually will, even if it’s something ordinary like a higher-than-expected tax refund or a government stimulus check. In a recent blog post from Avantis Investors, Hal Hershfield, an associate professor of marketing and behavioral decision making at UCLA and consultant to Avantis, notes that we shouldn’t ask how to predict when we’ll get a windfall of money, but instead ask how to treat such windfalls when they come.

After citing examples in which people were given an unexpected (albeit small) cash infusion immediately spent their newfound money rather than save it, Hershfield suggests that this behavior “may be due to the simple fact that windfalls feel like unearned money.”

“Consider how we treat the income received through our paychecks,” Hershfield writes. “That money is valuable—after all, we’ve worked hard to earn it—and it could feel, psychologically speaking, like a loss if we mindlessly spent it.” By contrast, since a windfall is both unearned and unexpected, it tends to feel less valuable, “even though $10 earned has the same spending power as $10 unearned.”

Through a series of research studies, Nick Epley, a professor of behavioral science at the University of Chicago, sent $50 checks to undergraduate research participants that presumably came from a faculty member’s research budget. Half of the participants were told that the money was a “tuition rebate,” while the other half were told that it was “bonus income.”

When the students were later asked how much of their checks they had spent, those who received a “bonus” spent far more of their money than those who had received a “rebate.” In fact, nearly three-quarters of those with “rebates” saved the full amount of the check, while only 36% of those with “bonuses” could say the same.

This is because like a rebate feels like earned income and therefore treated as something more valuable, while a bonus is regarded as a windfall and thought of as money that can be more freely spent. As Epley once wrote: “Getting a rebate is more like being reimbursed for travel expenses than like getting a year-end bonus. Reimbursements send people on trips to the bank. Bonuses send people on trips to the Bahamas.”

“What’s the takeaway? Money is money,” writes Hershfield. “If you’re short on your budget for an upcoming vacation and happen to come into a small windfall, then use it for the trip! But if you find yourself coming up short for necessary expenses, it may be wise to consider using a new windfall in more pragmatic ways—whether it’s a tax refund, small inheritance, or $20 bill found on the sidewalk.”