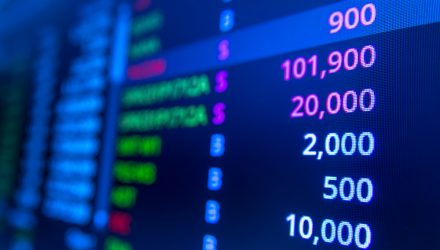 Although growth equity stocks outperformed value in 2021, both types of strategies saw returns averaging over 25%, so both had stellar years. But with the conversation about rising rates coming back into the forefront, a correlating narrative centered around value stocks is also returning.

With the Fed looking to raise interest rates as many as three times this year, investors are looking towards value. According to Sandra Testani, vice president of ETF product and strategy for American Century Investments, investor interest in value stocks is directly tied to rising rates.

AVDV mainly invests in a broad group of non-U.S. small-cap value companies believed to have higher expected returns across developed market countries, sectors, and industries. AVLV invests in a range of U.S. large-cap companies and seeks companies that are trading at low valuations with higher profitability ratios. AVUS invests primarily in a diverse group of U.S. companies of all market capitalizations, across sectors and industries, emphasizing investment in companies believed to have higher expected returns.

Testani noted that value strategies were also seeing inflows last year, saying, “The flows into value outpaced flows into growth throughout 2021, so that isn’t necessarily a new phenomenon,” but adding that the data suggested that flows into value “could continue into 2022.”