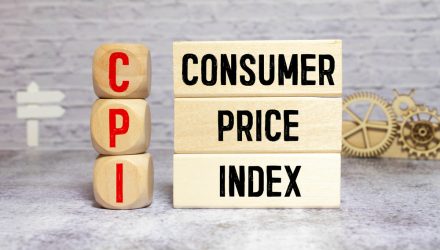 The Labor Department stated that the consumer price index rose by 0.5% last month after rising 0.9% in June, the largest month-to-month decline in inflation for the 15 months, assuaging market fears about the potential for runaway inflation, Reuters reports.

“We will take the modest positive and take whatever tailwind it provides to stocks today but all it really did is remove a little potential anxiety in the event that it had been much worse than it turned out to be,” David Joy, chief market strategist at Ameriprise Financial, told Reuters.

“But the whole debate about whether or not inflation is transitory or not is less unresolved as a result of this report today so the follow through is somewhat limited,” he added.

Investors have been closely watching inflation gauges on concerns that the rising prices could trigger a sooner-than-expected interest rate hike out of the Federal Reserve to prevent an overheating economy.

After the U.S. Senate passed a $1 trillion bipartisan infrastructure package on Tuesday, legislators also gave the green light for an additional $3.5 trillion budget plan, staving off concerns of an imminent government shutdown.

Lastly, the Avantis U.S. Small Cap Value ETF (AVUV), an actively managed ETF, seeks long-term capital appreciation. The fund invests primarily in U.S. small cap companies and is designed to increase expected returns by focusing on firms trading at what are believed to be low valuations with higher profitability ratios.