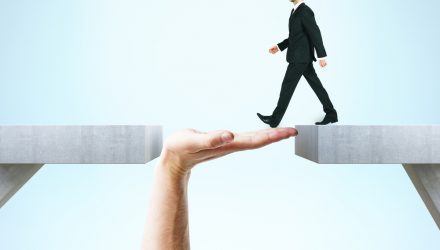 After the Fed raised interest rates by a quarter point last week, the Federal Open Market Committee said to expect six more similarly sized increases later this year. But this week, Federal Reserve Chairman Jerome Powell suggested that the Fed could follow a more hawkish path if it meant bringing inflation under control.

Speaking at a conference of business economists on Monday, Powell indicated that the Fed could make more aggressive moves with raising interest rates “if that is what is required to restore price stability,” according to the New York Times.

“If we conclude that it is appropriate to move more aggressively by raising the federal funds rate by more than 25 basis points at a meeting or meetings, we will do so,” Powell said. “And if we determine that we need to tighten beyond common measures of neutral and into a more restrictive stance, we will do that as well.”

When asked what would keep the Fed from raising rates by half a percentage point at its next meeting in May, Powell said: “Nothing.” He added, however, that the Fed has not yet decided on its next rate increase.

Fixed income investors nervous about rising rates can mitigate risk by limiting exposure to potential increases regardless of how hawkish the Fed winds up being. This can be done by shortening duration. The Avantis Short-Term Fixed Income ETF (AVSF) is an actively managed fund that invests primarily in investment-grade quality debt obligations from a diverse group of U.S. and non-U.S. issuers with shorter maturities.

“Securities may include those issued by corporations or governments and their agencies, instrumentalities, or sponsored corporations including supranational organizations,” according to the fund’s description on ETF Database. “The portfolio selection seeks bonds with high expected returns through a process that uses an analytical framework, which includes an assessment of each bonds expected income and capital appreciation.”

The portfolio managers for AVSF organize the fund’s universe into component groups based on industry sector, credit rating, duration, country, and currency. They then calculate the expected return implied by each component group’s yield curve while taking into account valuation metrics like duration and option-adjusted spreads.

AVSF, which has an expense ratio of 0.15%, aims for a three-year average maturity. The fund may also invest in credit default swaps and total return swaps.