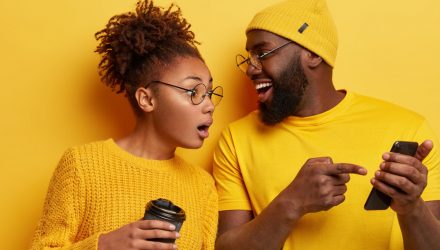 Rising interest rates hampered municipal bonds in the first quarter, but a lethargic start to 2022 for those high-quality bonds could bring a buying opportunity with this beloved income-generating asset class.

While year-to-date performances for municipal bonds and the related ETFs leave plenty to be desired, a case can be made that the headwinds hindering these bonds are now out in the open.

“Municipal bonds posted their third consecutive month of negative performance and cemented their second-worst quarter on record in March. Surging inflation, the first U.S. Federal Reserve rate hike since 2018, and expectation for a faster pace of future tightening pushed Treasury yields higher across the curve and pressured fixed income assets,” according to BlackRock research.

AVMU, which is home to 453 municipal bonds, could be an ideal muni ETF for patient investors because of a methodology that attempts to juice returns while limiting unnecessary credit and interest rate risk. Indeed, patience is always required with municipal bonds, and that remains the case today.

“After a quarter of severe correction, we believe that higher absolute yields and attractive relative valuations provide a favorable entry point,” notes BlackRock. “While bouts of volatility could persist in the near-term, we think investors will ultimately benefit from entering early and taking advantage of the current muni availability ahead of the typically strong summer season.”

While inflation is high, the U.S. economy is sound, broadly speaking, indicating that it can absorb interest rate hikes from the Federal Reserve. With that solid economic backdrop, revenue collections are rising in many states, providing support for muni bond payments.

“The strong U.S. economy is bolstering fundamentals across the municipal market. Robust revenue growth, improving financial operations, and elevated fund balances have prompted the upgrade of several high-profile municipal credits. In early March, Moody’s raised the State of New Jersey’s credit rating by one notch to A2. S&P followed later in the month, increasing the state’s GO bonds from BBB+ to A-,” concludes BlackRock.

New Jersey is the fifth-largest state exposure in AVMU. California, New York, Texas, and Florida are the top four. The fund had a duration of 6.04 years as of the end of 2021.