You are at:Home»Core Strategies Channel»Markets on Track for Worst Month Since Fall of 2020 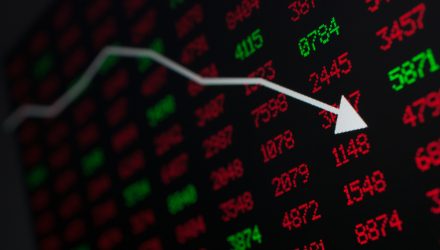 Markets on Track for Worst Month Since Fall of 2020

China’s Evergrande Group, touting the world’s largest debt of any publicly traded real estate management or development company and one of China’s biggest lenders, is facing potential default on its billions of dollars of debt. News has impacted markets as investors scramble out of riskier securities, sending markets tumbling, reports the Wall Street Journal.

The S&P 500 and Nasdaq are currently trending towards their worst month since September of last year, while the Dow Jones is facing its largest potential monthly decline since October of last year. All of the S&P 500 sectors experienced drops as investors moved out of riskier assets and into what are viewed to be safer investments for now. Oil and Treasury yields recorded their biggest drop in price in over a month.

Fears of the potential global impact if Beijing allows Evergrande to default have investors drawing comparisons to the failure of Lehman Brothers, which was the powder keg explosion — or implosion, to be more exact — that started the financial crisis in 2008.

“This is a threat to global growth,” said Ilya Feygin, a managing director at WallachBeth Capital. “What if things worsen? That means a hit to the financial system in China [and]  overall economic activity around the world because of China’s importance.”

The looming specter of Evergrande’s failure comes at time when investors were already beginning to fear a pullback after a record-setting year of highs in markets. That, combined with the global economic slowdown that is being seen because of Delta, as well as inflationary fears, were enough for shaky markets to contend with; Evergrande could possibly be the tipping point for market drawbacks.

Some analysts view Evergrande in a different light, though; in a note on Monday, JPMorgan’s analysts pointed to technical factors within markets as a key reason for the selloff today. These factors include options hedging as well as poor liquidity, and they view the financial troubles of the Chinese lender to be mostly contained to China and other Asian markets.

For investors that are fearing volatility and drawbacks, the American Century Low Volatility ETF (LVOL) might be a solution to consider, as it looks to track the market long-term while also offering less volatility, especially in downturns.

LVOL is an actively managed fund that uses the S&P 500 as its benchmark. The fund seeks to offer lower volatility than the overall market by screening for asymmetric, or downside, volatility as well as investing in companies with strong, steady growth.

Securities are sold when they become less viable compared to other opportunities, the risk becomes greater than the return potential, or when other events that might change its prospects occur.