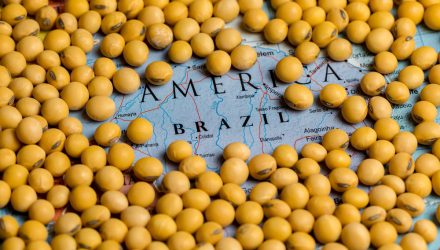 Market strategists believe that emerging market currencies could find support from higher commodity prices, projecting that emerging currencies tied to commodity-exporting countries could outperform the U.S. dollar over the next year, Reuters reports.

“Given our generally bullish outlook on commodity for 2021, we expect commodity exporters to remain supported, in both EM and DM (developed markets), even in the face of a stronger DXY,” FX analysts at Citi said.

“These currencies will also generally be aided by the rates divergence trade.”

Additionally, analysts highlighted the pace of Covid-19 vaccine rollouts domestically as another contributing factor, followed by risk-reversals related to U.S. Treasuries and potentially new cases and variants of Covid-19.

“Following the most aggressive monetary easing cycle in EM history since the onset of the pandemic, the tide is now turning, with reflation concerns pushing EM central banks into a more hawkish stance on average,” Ehsan Khoman, head of emerging markets research at MUFG Bank, told Reuters.

Policy makers covering over 37 central banks in developing economies enacted a net four interest rate hikes over April, following a net five increases in March. Most of the monetary policy changes occurred in emerging Europe and central Asia, which are dealing with rising inflation pressures.

“The rate of inflation has picked up in much of the region, prompting monetary policy responses,” Paul Gamble, head of emerging Europe at Fitch Ratings, said in a recent note to clients.

Investors who are interested in the emerging markets can look to ETF plays like the Avantis Emerging Markets Equity ETF (AVEM). AVEM is an actively managed emerging markets ETF that tries to outperform the MSCI Emerging Market IMI Index. The fund focuses on small cap companies with strong profits and low valuations in the emerging market space. The value metric will be evaluated by a compound of value criteria, including price-to-book and price-to-cash-flow. Profitability will be judged on operating profits.