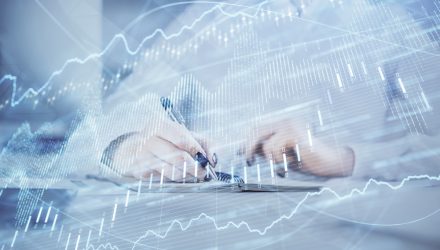 Biden outlined measures to impede Russia’s ability to do business in the world’s major currencies, along with sanctions against banks and state-owned enterprises, Reuters reports.

The equity markets were also already rebounding off session lows at the start of Thursday in response to Russia’s attack on Ukraine.

“There was a knee-jerk reaction overnight to the invasion by Russia into Ukraine, but the situation is still developing,” Lindsey Bell, investment strategist at Ally Financial, told Reuters.

“Obviously we’re not out of the woods yet, and we have several weeks of volatility in front of us,” Bell said, adding, “the beaten-up parts of the market aren’t leading the market lower today, which is a good sign.”

The technology segment was outperforming and led the reversal on Thursday.

“We haven’t had any serious military conflict in Europe for a very long time, so there’s no playbook for this,” Gregory Perdon, chief investment officer at Arbuthnot Latham, told the Wall Street Journal. “A lot has changed since last night.”

Some are betting that the Federal Reserve could act more conservatively in its fight against inflation during this period of elevated geopolitical tensions, which could help justify the valuations of growth companies.