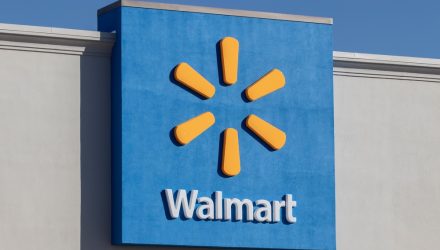 Buy Into Walmart’s Growth With This Actively Managed ETF

In a sign that high inflation won’t keep shoppers away from the stores, Walmart announced in its quarterly earnings report on Tuesday that sales grew more than 8%, beating analyst forecasts.

Same-store sales for Walmart U.S. grew 6.5% in the second quarter, excluding fuel, compared with the same period a year ago. This was above the 5.9% growth expected from analysts, according to StreetAccount.

“We expect inflation to continue to influence the choices that families make and we’re adjusting to that reality so we can help them more,” Walmart CEO Doug McMillon said on a conference call to analysts.

Per its FactSet Analyst Insight Report, AVLV’s portfolio is curated using fundamental screens, such as shares outstanding, cash flow, revenue, expenses, and price-to-book value. Avantis aims to achieve the benefits correlated with indexing, including diversification, low turnover, and transparency of exposure, but with the ability to add value by implementing an active investment strategy with current prices as the basis and the Russell 1000 Value Index as a benchmark.

Trade-offs between expected returns and taxes or trade costs may also be considered to gain trading efficiencies and avoid risk.