You are at:Home»Core Strategies Channel»Bonds, Especially Muni Bonds, Are Making a Comeback 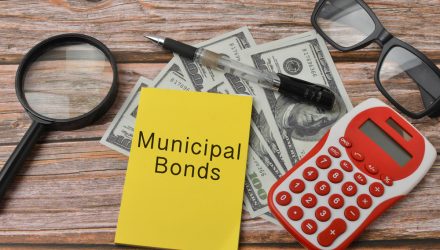 Fixed income served as a strong diversifier in times of equity drawdowns over the past two decades — see the dot-com bubble and burst of the early 2000s and the global financial crisis of 2008. However, that’s not been the case during the first four months of this year, with the Bloomberg U.S. Aggregate Index declining alongside the S&P 500 amid record inflation and rising interest rates.

That said, there have been some signs suggesting that the traditional relationship between stocks and bonds is returning. For example, the Bloomberg U.S. Agg has remained flat over the past month while equities have continued their downward trajectory.

Plus, yields are looking much more attractive now than they did a few months ago. Last week’s 20-year Treasury auction signals strong demand for Treasuries. The auction was well covered, and 20-year bonds priced at 3.29%, which is less than the pre-auction level of 3.292%.

“Bonds have historically proven their worth during recessionary periods. As recessionary pressures and the cost-of-living squeeze increase in Europe and the U.S., investors are finding their way back into safe-haven assets,” according to Russell Investments. “Bonds may continue to be an equity counterweight as market data points are reported in June, largely the consumer price index (CPI) print and any Federal Reserve rhetoric accompanying its expected 50 basis-point (bp) policy rate hike.”

With bonds reasserting themselves as a risk ballast in multi-asset portfolios as their yields are now nominally higher, municipal bonds are looking especially attractive.

Tax-adjusted municipal bond yields look attractive when compared to taxable yields. For example, the Bloomberg 1-15 Year Municipal Blend Index (1-17)’s yield-to-worst was 3.1% on May 20, or 4.56% adjusted for a 32% tax rate. Compare that to the Bloomberg Aggregate Bond Index, which yields 3.42%.

Within the broader fixed income opportunity set, a shorter-duration profile amid the current volatile rate regime, combined with strong state and government balance sheets, munis such as the American Century Diversified Municipal Bond ETF (NYSEArca: TAXF) or the Avantis Core Municipal Fixed Income ETF (AVMU) could be an attractive opportunity over their taxable counterparts.

TAXF attempts to top the S&P National AMT-Free Municipal Bond Index, and by way of being actively managed, it can capitalize on credit opportunities by allocating up to 35% of its lineup to high yield munis. While junk-rated municipal bonds reward investors with higher yields due to elevated credit risk, these bonds are usually less volatile than high yield corporates.

With a duration of five years, TAXF is in intermediate-term territory, and its credit profile isn’t risky. The fund devotes about 12% of its weight to bonds rated BBB, BB, and B, while another 9.44% aren’t rated, according to issuer data. The rest of the portfolio is rated AAA, AA, or A.

AVMU is home to 453 municipal bonds, 22.28% of which are special tax issues. Another 29% are either state or local general obligation bonds. AVMU’s interest rate sensitivity isn’t high, suggesting that investors unfamiliar with this ETF may be missing out as they leave other muni products.

AVMU could also be ideal for patient investors looking to circumvent credit risk, as the ETF allocates most of its weight (96%) to bonds rated AAA, AA, or A. The fund had a duration of 6.04 years as of the end of 2021.