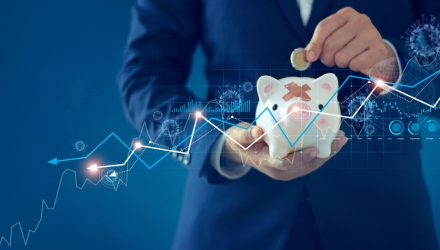 Be Proactive With Your Equity Investments Amid a Potential Recession

The Commerce Department’s recently released GDP numbers are fanning fears that the U.S. economy may already be in a recession. Gross domestic product fell at an inflation and seasonally adjusted annual rate of 0.9% in the second quarter. This comes after the broad measure of goods and services produced across the economy contracted at a pace of 1.6% in the first three months of 2022.

The common (which is to say, unofficial) definition of a recession is when the U.S. economy shrinks for two consecutive quarters. While this isn’t the official definition — the National Bureau of Economic Research’s Business Cycle Dating Committee considers factors including employment, output, retail sales, and household income before making the official designation — this still has economists and investors worried.

The Wall Street Journal quoted ING economist James Knightley as saying that inflation, equity markets, and a deflated housing market “reinforces the feeling that it’s only a matter of time before we’re in a proper recession.”

Whether or not the U.S. economy is approaching a recession, or is already in one, equity investors may want to take a more proactive approach navigating choppy waters. That’s where Avantis Investors can help.

AVLV invests in a range of U.S. large-cap companies and seeks companies that are trading at low valuations with higher profitability ratios.

AVUS invests primarily in a diverse group of U.S. companies of all market capitalizations, across sectors and industries, emphasizing investment in companies believed to have higher expected returns.