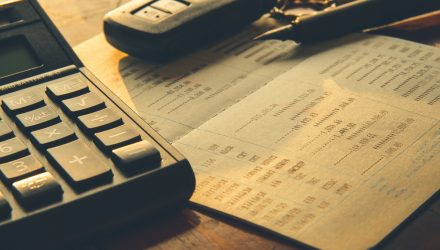 As the Value Narrative Intensifies, Get Active With This ETF

As the war between value and growth rages on, the former has the upper hand as recession fears begin to intensify amid rising inflation.

One of the inherent advantages of large-cap equities is their ability to blunt the impact of a sharp market downturn. As such, big names in the S&P 500 will be better equipped to parry the effects of another downturn should a recession hit the U.S. economy.

While the basic definition of a recession is two quarters of negative growth, it becomes more nuanced when asking the capital markets and the federal government. Both seem to have their own take on whether the economy is officially in a recession.

“This is not an economy that’s in recession, but we’re in a period of transition in which growth is slowing,” said Treasury Secretary Janet Yellen. “A recession is a broad-based contraction that affects many sectors of the economy. We just don’t have that.”

Economists at Bank of America certainly foresee a recession if rising inflation is countered with large rate hikes. Some forecasts are predicting a full point rate hike at the next Fed meeting.

“The more the Fed is set to deliver on further significant hikes and slow the economy sharply, the more likely it is that the price of inflation control is recession,” Goldman Sachs economists said in a client note. “The persistence of CPI inflation surprises clearly increases those risks, because it worsens the trade-off between growth and inflation, so it makes sense that the market has worried more about a Fed-induced recession on the back of higher core inflation prints.”

An Active Approach to Large-Cap Value

Recession or not, getting large-cap value can help mute the effects of a downturn while still capturing upside. For an active approach, consider the Avantis U.S. Large Cap Value ETF (AVLV).