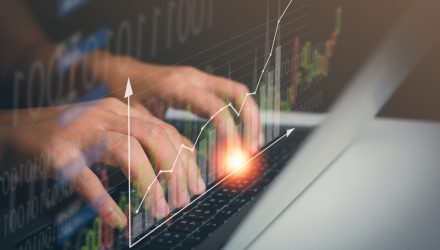 As Fears of a Recession Rise, Consider Lower Volatility

Fears that the economy will fall into a recession surged after the Federal Reserve raised rates by 0.75% for the third consecutive time. Federal policymakers promised to raise rates as high as 4.6% in 2023 before pulling back in the fight against inflation.

“The Fed’s paved the way for much of the world to continue with aggressive rate hikes, and that’s going to lead to a global recession, and how severe it is will be determined on how long it takes inflation to come down,” Oanda senior market analyst Ed Moya told CNBC.

Adding to the likelihood of an impending recession, Fed Chair Jerome Powell said as much at a press conference. “The chances of a soft landing are likely to diminish,” Powell told reporters. “No one knows whether this process will lead to a recession or, if so, how significant that recession would be.”

For investors worried about a recession, the American Century Low Volatility ETF (LVOL) may be worth looking into. LVOL is an actively managed fund that seeks to track the market long-term while also offering less volatility, especially in downturns, by screening for asymmetric, or downside, volatility as well as investing in companies with strong, steady growth.

The fund’s managers use quantitative models to select securities with strong fundamentals that they expect will provide returns that will reasonably track the market over the long term while seeking less volatility.

“We’re emphasizing strong fundamentals in an effort to limit the potential risk of speculative companies with questionable profits,” said Ed Rosenberg, head of ETFs at American Century, when the fund was launched last year. “We’re also expanding risk measures beyond volatility to capture other downside and balance sheet risks while focusing on volatility at the portfolio level as well as the individual stock level.”