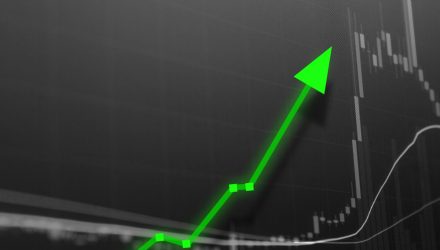 IBM reported on Wednesday that earnings were $1.81 per share during the quarter, above the $1.77 per share expected by analysts, according to Refinitiv. Meanwhile, revenue reached $14.11 billion, beating analyst expectations of $13.51 billion, per Refinitiv.

AT&T reported on Thursday third-quarter adjusted earnings of $0.68 per share, beating the analyst consensus on FactSet of $0.61. The telecommunication giant’s adjusted earnings before interest, taxes, depreciation, and amortization for Q3 was $10.7 billion, above analysts’ expectations of $10.45 billion for the quarter. Revenue for the quarter was $30 billion, above expectations of $29.85 billion.

Shares for AT&T and IBM on Thursday morning went up 9% and 4.5%, respectively, after the companies outperformed quarterly earnings estimates.

“Value securities had been more attractively valued, tend to offer higher dividend yields (which helps contribute to their shorter duration profile than growth stocks where most of the return is due to price appreciation) and have recently experienced stronger momentum vs. growth,” said Sandra Testani, vice president of ETF product and strategy for American Century Investments.