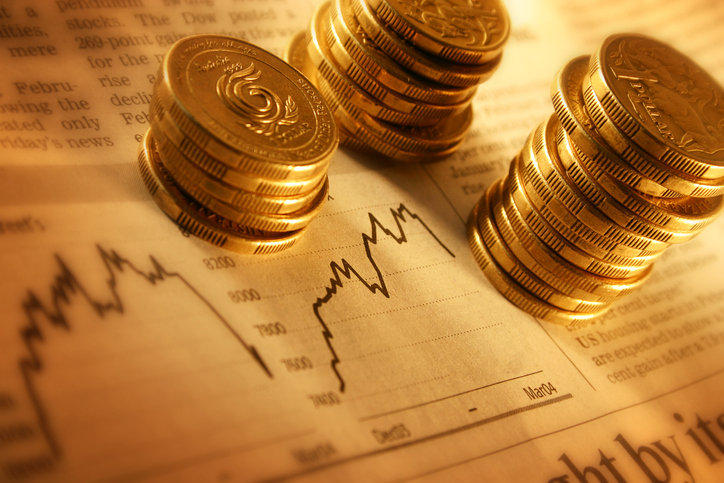 During CNBC’s Halftime Report, Bob Pisani spoke in the “ETF Edge” segment about the six-year high gold is currently on and the relation to gold ETFs investors should be keeping track of.

It has been noted many times at this point, but gold has seen a massive rally since the start of significant trade uncertainty, given the tension between the US and China. As a result, gold is up 19% for the year, with gold mining stocks up an even bigger 42%.

That in mind, Pisani speaks of where it has benefited most, and what the rationale is for investors. In the segment on Monday, he spoke with WallachBeth Capital’s Andrew McOrmand and Stuart Frankel’s Steve Grasso.

McOrmand explained how clients are looking for a place to be safe from the volatility. When rationalizing the use of gold ETFs, McOrmand stated, “It’s a place to still have money to work, making assets; with a potential to go higher, and they’re a safer haven.”

People Know When To Rush To Gold

Grasso added how it’s important not to underestimate the effect central banks can have on gold, as well as Bitcoin. When dealing with risk-on moments where central banks are devaluing everything, people will rush back into gold, which is what is currently taking place.

When attempting to speak for how current trends have affected the value of the dollar and its impact regarding gold, Grasso pushes back on Pisani a bit. He explained how gold applies in a global sense, compared to something more governmentally-focused.

Grasso pointed out the inverse correlation between gold and Bitcoin from the past, as a switch has occurred, and now both seem to rally for the same things.

Getting to thoughts on gold stocks, compared to years ago when they would perform terribly, now they are outperforming. In questioning McOrmand about what investors should look for, as opposed to owning gold directly, he responded by saying it may be wise to follow the leaders.

McOrmand uses Paulson Investment Co. as an example, as they were one of the first big hedge funds to use SPDR Gold Shares (GLD). GLD has actual tracked gold in a vault, which means there are no futures, and no rolling in of costs. Concerning the stocks, McOrmand praises the VanEck Vectors Gold Miners ETF (GDX), as it’s the fund that dampens single-stock risk that comes with mining stocks.

Grasso jumps in to note how GDX has always outperformed up and down, sometimes three to one. Now, it’s two to one. “But they’re masters of their own destiny, and then there’s a premium for M&A too,” Grasso adds.

In talking about owning gold in gold vaults, Pisani points out the GraniteShares Gold Trust Shares ETF (BAR). This trust has been around for a while, charges less, and has been attracting assets. In trying to identify the difference between that and GLD, McOrmand notes how there isn’t one.

“No different at all, except it’s half the cost. That’s from GraniteShares, and, again, for an investor that’s trading here every day and watching the show, it’s a penny widespread, sometimes two cents at the most, so the cost to get in and out cheap,” McOrmand adds. He notes that GLD is more the speed for an investor in a large institution doing hundreds of millions of dollars at a time. Other than that, no real separation.