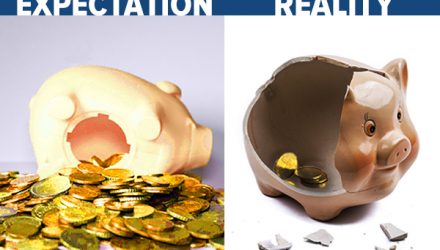 To illustrate Juan Carlos’ point, look at the following chart. In the 20-year, 10-year and five-year periods through June 2019, gold outperformed all other commodities, including energy, industrial metals, and precious metals. Despite this, gold may still be under-represented in some investors’ portfolios.

“The optimal weight for gold, or the amount of gold that can help investors get better risk-adjusted returns, is between 2 percent and 10 percent,” Juan Carlos says.

Loyal readers know this is mostly in line with my own recommendation of a 10 percent weighting in gold, with 5 percent in bullion, the other 5 percent in high-quality gold mining stocks.

At the same time that gold is largely under-represented in many investors’ portfolios, those “in the know” have been buying at a healthy clip. In fact, since the start of the most recent gold price rally, holdings in gold-backed ETFs have climbed to an all-time high. Holdings as of September stood at more than 2,855 tonnes, surpassing the previous high of 2,839 tonnes in November 2012.

With bond yields at historic lows at the moment, “gold may become an attractive and more effective diversifier than bonds, justifying a higher portfolio allocation than historical performance suggests,” the WGC writes in its latest report, “It may be time to replace bonds with gold.”

Speaking of gold ETFs, our webcast with my longtime friend and mentor, Pierre Lassonde, was held last week, and by all measures, it was a huge success. I’ve participated in a number of webcasts over the years, but never one with so many registrants and attendees.

I expected no less from the cofounder of gold royalty company Franco-Nevada, whose stock is up more than 473 percent since its IPO in December 2007. That’s enough to beat Warren Buffett’s Berkshire Hathaway by a multiple of nearly four.

Buffett, as you probably know, is famously not a fan of gold, saying at one point that “it doesn’t do anything but sit there and look at you.”

His low opinion on the yellow metal is in stark contrast to other big-name investors, including Ray Dalio, Stanley Druckenmiller, Jeffrey Gundlach, Paul Tudor Jones, Seth Klarman, Bill Gross, Sam Zell, Mark Mobius and many other billionaires who have embraced the yellow metal.

With all due respect to Buffett, maybe he should reconsider gold. After all, he changed his mind about airlines. Years after quipping that a “farsighted capitalist” should have shot down Orville Wright at Kitty Hawk and “done his successors a huge favor,” the Oracle of Omaha now owns millions of shares in all four of the major domestic airlines.

“Warren Buffett loves franchises,” Pierre said during the webcast, “and there’s no greater franchise in the world than Franco-Nevada.”

Franco-Nevada investors would no doubt agree. In the past 10 years, the company’s average dividends per share (DPS) growth rate was nearly 20 percent per year.

As Pierre put it, “We could send everyone at Franco-Nevada to Hawaii for 30 years and still be able to afford to continue raising our dividends.”

If you weren’t able to listen in, you can still get the replay by emailing us at info@usfunds.com!

The S&P GSCI Total Return Index in USD is widely recognized as the leading measure of general commodity price movements and inflation in the world economy. Index is calculated primarily on a world production weighted basis, comprised of the principal physical commodities futures contracts. The Bloomberg Commodity Index is made up of 22 exchange-traded futures on physical commodities. The index represents 20 commodities, which are weighted to account for economic significance and market liquidity.

Holdings may change daily. Holdings are reported as of the most recent quarter-end. The following securities mentioned in the article were held by one or more accounts managed by U.S. Global Investors as of 9/30/2019: Franco-Nevada Corp.