You are at:Home»Core Equity Channel»Would You Rather Invest in a Unicorn or a Gazelle? 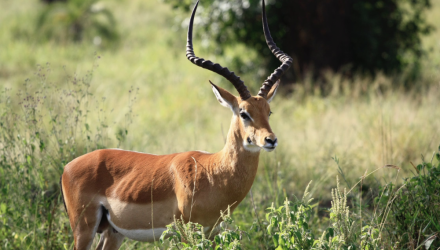 Would You Rather Invest in a Unicorn or a Gazelle?

By Gary C. Bizzo via Iris.xyz

We, as investors and/or management consultants, who mainly work with private equity financing, are always on the lookout for a unicorn. You know what a unicorn is? The elusive mythical unicorn is used to describe that rare startup that has the potential to be “the next” billion-dollar company. Ah, the business of which dreams are based.

What we should be looking for instead are gazelles! According to Investopedia, ”a gazelle is a high-growth company that has been increasing its revenues by at least 20% annually for four years or more, starting from a revenue base of at least $100,000. This growth pace means that the company has effectively more than doubled its revenues over a four-year period.”

The business term for the gazelle is a scaleup. Dave Butler the VP of Innovation at Coca Cola commented that a scaleup is the startup’s next iteration.

There are a few variations but, essentially, it’s a company that has found its product or market niche, has a good team and developed a repetitive process that enables it to grow. It’s an accelerated growth phase typically found on the Greiner Growth Curve. As a management consultant in private equity financing, I’m always looking for a good management team, obviously with a great idea but it must be scalable – able to grow exponentially.

One might assume that the gazelle is always a high tech company but many years ago I had a client who ran a heavy lift crane service that met the criteria. He had found that elusive niche and focused on it. He used large cranes to install twenty-ton air conditioning units in hi-rises or put a fifty-foot tree on a penthouse balcony. His revenues doubled every quarter for two years.

Business guru and VC Dan Eisenberg once said, “One venture that grows to 100 people in 5 years is probably more beneficial to entrepreneurs, shareholders, employees, and governments alike, than 50 which stagnate at two years.”