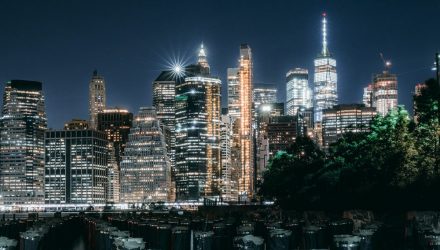 By John Manley via Iris.xyz.

With a strong first quarter behind us, investors are now focused on the future of economic growth. Unfortunately, there are a number of indications that the second quarter GDP release on July 31 may disappoint. By looking at the demand components of the economy, it is possible to identify potential problems.

Government spending, for example, should grow slowly, with continued gridlock in Washington preventing any meaningful form of stimulus, either in the form of a second tax cut or through infrastructure spending. Investment spending growth, too, should continue to soften after slowing last year: a lingering trade war, restricted immigration (and therefore a shrinking talent pool) and a too-strong dollar have all made corporations less willing to invest. These factors are unlikely to change in the near-term.

Moreover, as shown in the chart below, the rate of inventory growth has accelerated recently to an unsustainable pace. As the inventory cycle turns, the rate of growth should fall to or below the long-term average. This will drag on the economy.

By contrast, consumption will likely remain healthy. Consumer spending growth should remain relatively stable through the rest of this year on the back of high levels of confidence and a steady, though not especially impressive, improvement in wage income. The dramatic rise in asset prices, which will likely continue as the Federal Reserve becomes increasingly more accommodative, should grow wealth and, therefore, encourage spending, too.

All told, the slowdown is coming, and likely sooner rather than later. That said, a recession remains unlikely, especially as the Federal Reserve starts to ease monetary policy later this month. For this reason, investors should remain cautiously optimistic about the growth environment, with a bias toward quality and an eye toward duration. 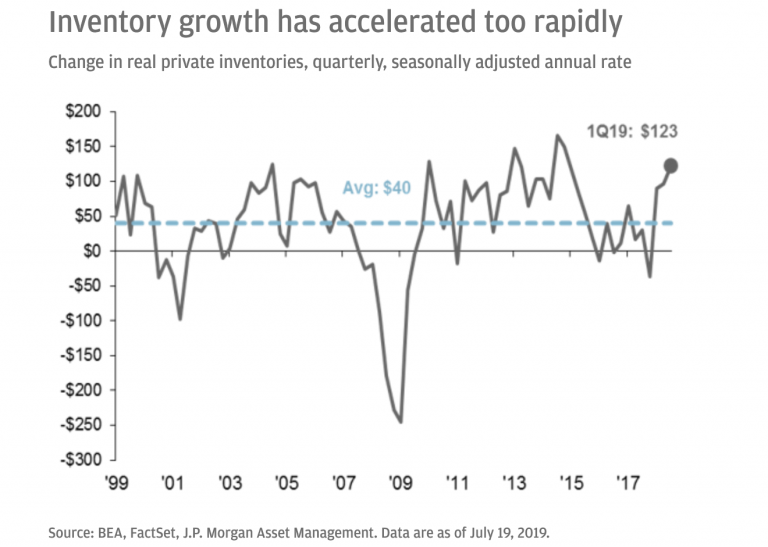