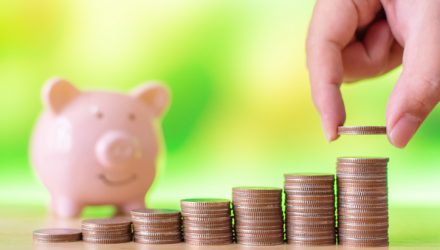 One of the reasons the Fed has justified cutting interest rates is the lack of inflationary pressures in the domestic economy.

Indeed, core PCE has averaged just 1.6% over the past decade, below the Fed’s 2% target. However, it may soon find a few rate cuts to be unsuccessful in pushing prices higher. The reason being, the Fed does not have complete control over the drivers of both inflation and overall growth. Nominal GDP is a function of both the money supply and the speed at which that money circulates around the system, also known as velocity. When the Fed cuts interest rates, it is attempting to boost growth and inflation by influencing the money supply (an interest rate cut makes loans less expensive, and banks increase the money supply by extending credit to meet this new demand). But the Fed cannot control the velocity of money, which as shown, has been declining steadily for several years.

This decline has likely been driven by a few factors: 1) Individuals are using money to pay down debt and save, rather than consume; 2) businesses have been using money to buy back shares or keep ample cash on balance sheets, rather than capital expenditures; 3) the Federal Reserve has increased its balance sheet, which has led to a faster-growing money supply than GDP; 4) banks are required to hold more capital at the Federal Reserve than in the past as a result of Dodd-Frank regulations; and 5) banks have increased their excess reserves rather than lending money (meaning that money is not fully entering the economy). In effect, these factors are likely to make it increasingly difficult for rate cuts to stoke inflation. Moreover, slowing growth in the US and elevated trade risks are likely to push the Fed into a more aggressive easing cycle than it’s currently anticipating, suggesting bond yields will remain lower for longer.