You are at:Home»Core Equity Channel»Why Removing the Federal Ban on Cannabis Could Help Secure Trump in 2020 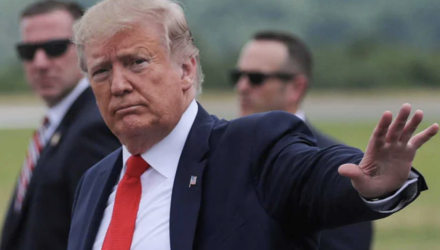 Democrats see federal cannabis legalization as a weapon in their arsenal.

In Pew Research and other national polls, cannabis legalization has clear support with over 60% of Americans agreeing the substance should be legalized, and Democrats see the issue as another far left-leaning agenda item along with abolishing student loan debt and climate change that could bring undecided voters to the polls.

Septuagenarian Sen. Bernie Sanders (I-VT) is the most vocal about the issue, and he covered his specific plan, in all places, on the Joe Rogan Experience podcast. Last month, he stated: “When I ran for president for the Democratic nomination in 2016, I talked about a broken criminal justice system, which ends up having in the United States more people in jail than any other country. And what I call for then, and I call for now, is the legalization of marijuana in America…That [marijuana’s Schedule I classification] is insane. Heroin is a killer drug. You can argue the pluses and minuses of marijuana, but marijuana ain’t heroin. So we have to end that, and that’s what I will do as president of the United States. I believe we can do that through executive order, and I will do that.”

Not to be outdone, Sen. Kamala Harris introduced legislation on July 23rd co-sponsored with Rep. Jerry Nadler, D-N.Y. decriminalizing cannabis and taxing the sale of it. The Marijuana Opportunity Reinvestment and Expungement Act would remove cannabis from the Schedule 1 substances ban and implement re-sentencing or expungement for prior cannabis convictions. Harris’s plan would use the taxable revenue to create three trust funds. The Community Reinvestment Grant, which would provide funding for services such as job training, re-entry services and legal aid; the Cannabis Opportunity Grant, which would provide funds to assist small businesses in the pot industry; and the Equitable Licensing Grant, which would minimize barriers to gain access to marijuana licensing and employment for those most impacted by the so-called war on drugs.

This plan caused come controversy for Harris because her record as California’s attorney general demonstrated a willingness to put cannabis offenders behind bars and she even opposed opponent Ron Gold’s pro-cannabis stance as recently as 2014.

“Times have changed — marijuana should not be a crime,” Harris stated. “We need to start regulating marijuana, and expunge marijuana convictions from the records of millions of Americans so they can get on with their lives.”

Recall that it was only nine years ago in 2010 when Sen. Harris opposed Proposition 19, which would would have legalized marijuana in California. A cynic might say that what’s changed is that this time, she’s now vying for her party’s nomination.