You are at:Home»Core Equity Channel»What a U.S. Rate Cut Could Mean for Gold Prices 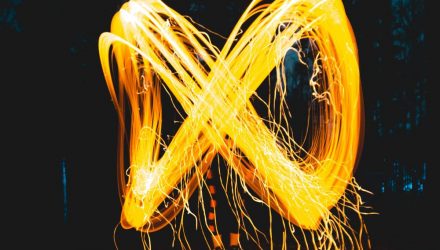 What a U.S. Rate Cut Could Mean for Gold Prices

Stocks surged last Friday following a U.S. jobs report that, to put it mildly, fell far below expectations. At first this might seem counterintuitive.

Shouldn’t signs of a slowing economy act as a wet blanket on Wall Street?

Not necessarily. Investors, it’s believed, are responding to the expectation that the Federal Reserve will have no other choice than to lower interest rates this year in an attempt to keep the economic expansion going. Earlier this month, Fed Chair Jerome Powell himself commented that he was prepared to act “as appropriate” should the global trade war risk further harm. President Donald Trump has also renewed his attacks on Fed policy, calling last December’s rate hike a “big mistake.”

So a rate cut looks more and more likely in 2019, perhaps as soon as this summer. And investors rejoice.

The thing about rate cuts, though, is that they’ve often telegraphed a recession, as you can see in the chart below. The blue line represents the New York Fed’s probability of a recession 12 months out, based on the spread between the 10-year and three-month Treasury yields. In the past, this probability spiked about a year following the beginning of a rate cut cycle. Today, as monetary easing is widely expected, the chances of a slowdown one year from now stand at just under 30 percent.

No one seems particularly certain a rate cut will succeed in thwarting a potential recession. In a note to clients this week, Morgan Stanley equity strategist Michael Wilson wrote that “Fed cuts may come too late. Fed could cut as soon as July but it may not halt slowdown/recession.”