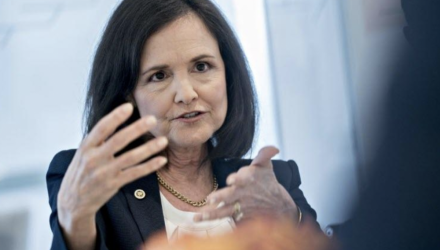 We Are in for Decades of Ultra-Loose Monetary Policy

By Jared Dillian via Iris.xyz.

President Trump recently nominated Judy Shelton to the Federal Reserve Board of Governors. She is the United States director for the European Bank for Reconstruction and Development, which I had never heard of until her nomination.

You may wonder how a person can be in favor of a gold standard and also for lowering interest rates at the same time.

I am wondering that, too.

We seem to have a case of someone being ideologically inconsistent in order to secure professional advancement. The slang for this is “selling out.”

But that would be impossible.

The confirmation hearings are going to be interesting.

Of course, failed Fed nominees Stephen Moore and Herman Cain also believed in hard money and soft money simultaneously. Where do these people come from? They didn’t exist a few years ago.