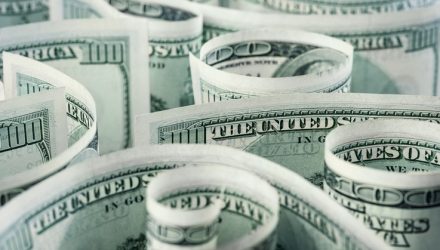 Today, bond investors sounded the alarms. The 10-year and 30-year U.S. Treasury yields fell, causing the 2-year vs. 10-year portion of the yield curve to temporarily invert for the first time since 2007, and the 30-year bond yield to hit a record low (Figure 1). Equity markets moved sharply downward on the news with the S&P 500 down -2.9% intraday.

Historically, inversions mainly occurred because of Federal Reserve (Fed) policy and declining growth expectations. Recent concerns over global growth and trade uncertainty have pushed investors away from stocks and into safer government bonds. The higher demand for long-term bonds pushed yields below shorter-term interest rates, causing the curve to invert.

Also, a factor underlying the inversion is the global pool of negative-yielding debt. Few options for global fixed income investors have pushed many to invest in U.S. bonds. U.S. term premiums or the excess yield investors require to commit to holding a long-term bond instead of a short-term bond, has reached historic lows.

In April, when the 10-year yield dipped below the 3-month treasury yield we reminded our investors that an inversion may not be as significant of a factor as the markets think. This remains true for the inversion of the 2s10s – especially given that it was only a small intraday move that proved short-lived. We view the yield curve as one important factor (among many) when assessing the outlook; however, history suggests the curve may be an imprecise indicator of recession and a poor market timing signal.

The yield curve alone has not served as a precise indicator of recession. Yes, the curve has inverted prior to the last seven recessions dating back to 1962. However, the curve also produced two false alarms. Even in the seven accurate circumstances, the time between an inversion and eventual recession ranges anywhere from about 6 months to one year and a half. A better recession signal includes a range of indicators in addition to the signals contained in the yield curve. Today, there is little evidence in our recession model to suggest that a recession is imminent – though the risk has risen in recent months.