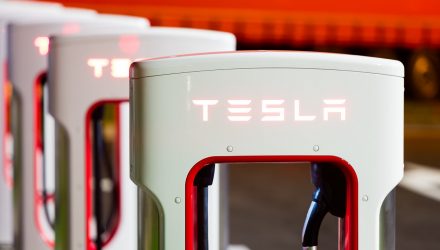 American automotive and energy company, Tesla, delivered a robust third-quarter earnings report after the close of trading on Wednesday, notching a surprise profit and explaining to shareholders that it is ahead of schedule with creating a fresh factory in Shanghai. Shares of the company rocketed over $300 a share, as much as 17% higher in after hours, placing them at their highest price since February.

As of Tuesday, analysts were expecting a loss of 46 cents per share and revenue of $6.42 billion for Elon Musk’s electric car and renewable energy company, according to data compiled by FactSet.

The Q3 earnings release is the first financial report from the company without co-founder and former CTO JB Straubel. Tesla surprised analysts and investors with adjusted earnings per share of $1.86 vs. expected losses of 42 cents per share, and revenue of $6.3 billion, vs. expected $6.33 billion, according to Refinitiv consensus estimates.
The company also said it was well-advanced in its long-awaited Model Y crossover, which it now anticipates will launch by next summer. The electric car company also says it is planning to make a limited run of its Tesla Semi truck next year, and expects to soon announce the location of its European Gigafactory, where it plans to begin manufacturing electric vehicles in 2021.

“Gigafactory Shanghai was built in 10 months and is ready for production, while it was ~65% less expensive (capex per unit of capacity) to build than our Model 3 production system in the US.”

Meanwhile, the much debated Model 3 is rumored to be more profitable, as the company also said in its Q3 report: “Despite reductions in the average selling price (ASP) of Model 3 as global mix stabilizes, our gross margins have strengthened.”

The earnings win is likely to help overshadow recent headlines that the futuristic door handles on the company’s Model S are undergoing incrimination after a fatal crash in which a police officer was unable to retrieve Omar Awan, a 48-year-old anesthesiologist, who was driving his leased Tesla in February when he lost control on a south Florida parkway and the car slammed into a palm tree, from his burning car.

After forming a low in May, Tesla stock has been in an uptrend since then, and is currently trading around $255 a share.

Investors looking to use ETFs to play Tesla can look into the iShares Self Driving EV And Tech ETF (IDRV).