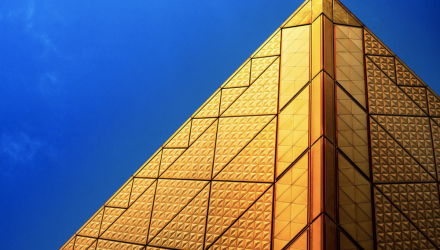 The price of the yellow metal broke above $1,350 an ounce last Friday, while gold miners, as measured by the NYSE Arca Gold Miners Index, tested their 52-week high.

Investors sought safe haven investments on a number of geopolitical risks, including protests in Hong Kong over the now-delayed extradition bill and an attack on two oil tankers near Iran and the Strait of Hormuz, the world’s busiest sea lane through which a fifth of global oil consumption passes. After placing the blame on Tehran, President Donald Trump now faces a tough decision on how to respond, if at all.

Billionaire investor Paul Tudor Jones, founder of and hedge fund manager at Tudor Investment Corp., said in a Bloomberg interview last week that geopolitical disruptions have made gold his favorite trade in the next 12 to 24 months.

The biggest catalyst for such a move, Jones believes, is the ongoing U.S.-China trade war and the broader implication of shrinking global trade. After 75 years of globalization and free trade, we’re seeing a return to the use of tariffs and other protectionist policies.

Remember, it was the 1930 Smoot-Hawley tariff “that helped send the U.S. and world economy into a decade-long depression,” according to a 2015 article by now-National Economic Council Director Larry Kudlow and former Federal Reserve Board of Governors nominee Stephen Moore. Just last month, global manufacturers contracted for the first time since 2012 due in large part to trade tensions. World trade volume has also sunk the most since the financial crisis.