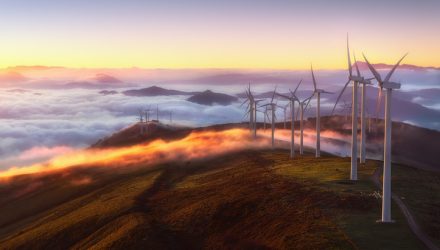 Renewable Energy and EVs Are No Longer Just a Science Project

David Fessler retired from semiconductor vendor LTX Corporation at the age of 47. It was right around the time of the dotcom bubble, and within the course of 18 months, LTX stock had shot up from just under a dollar to around $54 a share.

As what often happens after early retirement, though, Dave got bored very quickly. He had spent four years out of college as an electrical engineer at Western Electric—once the primary supplier to AT&T—and 25 years at LTX. There was more he needed to do.

After a couple of years at a small family-run telecommunications business in his hometown of Nazareth, Pennsylvania—claims to fame: Mario Andretti and Martin Guitars—he decided to pursue his longtime hobby, investing, full-time. Through an online ad, he learned that the Oxford Club was looking for writers.

For the past 12 years, Dave’s been writing for and educating investors at the massively successful financial publishing firm, which now has more than 157,000 members from as many as 130 countries. As Oxford’s resident energy and infrastructure strategist, Dave focuses mainly on cutting-edge technologies, including renewable energy and electric vehicles (EVs).

These were among the topics I recently had the pleasure to pick Dave’s brain about. Read on for highlights of our interview…

So glad you could join me! I want to start by saying congratulations on the publication of your book.

Thank you! It’s called The Energy Disruption Triangle, and it was published this past January. The book is all about how solar, EVs and cheap battery storage are all converging and disrupting the energy sector as we know it today. That’s the “triangle” that the title refers to.