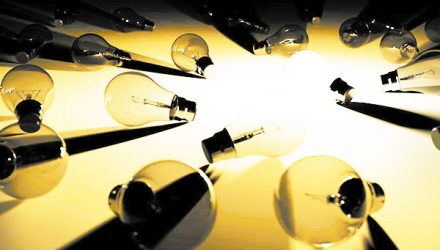 Looking for Buying Opportunities After the Historical Selloff

As I write this, the market is officially in correction territory, with the S&P 500 off 14.5 percent from its all-time close on February 19. It took only six days, in fact, for the S&P to fall 10 percent from its high into a correction­­—a new record, according to data from Deutsche Bank Global Research.

The decline has certainly hurt many equity investors and 401(k)s, and there may still be more pain ahead. On Friday, the World Health Organization (WHO) raised its threat assessment of the coronavirus, or COVID-19, to “very high,” and warned that the illness could soon reach most, “if not all,” countries across the globe in the coming days and weeks.

I choose to remain optimistic, though. The underlying economy is sound. Nothing has changed about that. This selloff is purely incidental to the outbreak, and once it’s contained and the number of new infections begins to plateau, I expect to see stock markets recover sharply. The same goes for the industries that have been hardest hit by the virus, including travel and tourism, airlines and energy.

Take a look at the oscillator chart below. It shows that airline stocks are trading down a rare three standard deviations, the most in at least five years. What this means is that airlines are extremely oversold and flashing a “buy” signal. As soon as this outbreak subsides, I believe airlines will begin to soar again.

During his press conference last Wednesday, President Donald Trump appointed Vice President Mike Pence to manage the U.S. response to the outbreak as well as the government’s messaging about the virus. The media is far too negative, Trump said, and there’s a lot of misinformation out there.

This link came up in a humorous way last week at the BMO Global Metals and Mining Conference in Miami, Florida, where Ivanhoe Mines founder and chairman Robert Friedland delivered a spectacular luncheon speech. I had dinner with him later that evening, and he arrived not only wearing gloves but also drinking a Corona. When someone asked Robert, who does not drink, why he had the Corona, he answered that it would prevent the coronavirus. I don’t think I can disagree with him there. A recent survey found that, amazingly, 38 percent of Americans wouldn’t buy Corona “under any circumstances” because of a perceived link between the Mexican beer and the coronavirus. (For the record, there is none.)

He meant this as a joke, of course, but there may be some logic to the levity, as one important way to avoid infection is to keep your throat moist.

Another innovative method? Copper-infused facemasks. According to reports, an Israeli textile scientist has found a way to infuse the cotton fibers in facemasks with copper, blocking entry to germs, bacteria and other microscopic pests. In 2014, during the Ebola outbreak, the red metal was also found to be effective at fighting the virus.

Like airlines, commodities look oversold right now based on the 14-day relative strength index (RSI), meaning there could be some potentially attractive buying opportunities. Brent crude oil, the global benchmark, traded below $50 per barrel on Friday for the first time since July 2017, while copper remained mostly range-bound.

Remember, commodities are the building blocks of the world we live in, and we will only need more of them in the years ahead. After all, people are not going to stop having babies, and those babies are going to grow up and want the things their parents had and then some—all of which require raw materials.

Take housing, for instance. New home sales in the U.S. surged to a 12.5-year high in January, while home prices climbed to a new all-time high. Consider what’s needed to build a typical American home, from the lumber, plumbing and electrical wiring to concrete, insulation, and appliances. Consider also that American homes have generally been getting larger over time, requiring even more raw materials.

The price of gold had one of its worst one-day declines in recent years on Friday, dropping below $1,600 per ounce, or about 5 percent at one point.

I actually see this pullback as positive. In the past few days, gold has been the only major asset making steady gains, and investors took profits to cover margin calls.

Gold’s longstanding role as a safe haven was on full display last week, as gold-backed ETFs saw their 25th consecutive day of inflows on February 27, a record. At 2,624.7 metric tons (about 93 million ounces) the holdings were the largest ever recorded.

Like I said before, I attended BMO’s metals and mining conference last week, and I had the chance to speak with Kitco’s Paul Harris about where gold could be headed from here. As I told him, we’ve seen palladium jump to more than $2,700 an ounce, rhodium as high as $13,000, up an incredible 114 percent this year alone, on increased demand from the automotive industry. During his presentation, Robert reminded us all that no one a year ago would have ever believed we’d see palladium and rhodium get to where they are today.

There’s no reason why the same can’t happen to gold, I told Paul. With Treasury yields at record-low levels and Federal Reserve Chairman Jerome Powell hinting at an emergency rate cut, what’s stopping gold from soaring to $10,000?

What may also help get us there is the idea of peak gold, which I discussed in last week’s Frank Talk. Barrick CEO Mark Bristow shared the following chart at BMO showing that global gold production is expected to taper off starting next year, and by the end of the decade, should be at multi-year lows.

Demand for the yellow metal will continue to grow as more people in developing countries join the middle class. Supply growth, on the other hand, looks constrained, which may have the effect of pushing prices up.

To see my full interview with Kitco at the BMO Conference, click here!

The S&P 500 Stock Index is a widely recognized capitalization-weighted index of 500 common stock prices in U.S. companies. The S&P/Case-Shiller Composite of 20 Home Price Index is a value-weighted average of the 20 metro area indices. These metro areas include: Boston, Chicago, Denver, Las Vegas, Los Angeles, Miami, New York City, San Diego, San Francisco, Washington, DC, Atlanta, Charlotte, Cleveland, Dallas, Detroit, Minneapolis, Phoenix, Portland, Seattle and Tampa. Standard deviation is a measure of the dispersion of a set of data from its mean. The more spread apart the data, the higher the deviation. Standard deviation is also known as historical volatility. The relative strength index (RSI) is a momentum indicator developed by noted technical analyst Welles Wilder, that compares the magnitude of recent gains and losses over a specified time period to measure speed and change of price movements of a security. It is primarily used to attempt to identify overbought or oversold conditions in the trading of an asset.

Holdings may change daily. Holdings are reported as of the most recent quarter-end. The following securities mentioned in the article were held by one or more accounts managed by U.S. Global Investors as of (12/31/2019): Ivanhoe Mines Ltd.