You are at:Home»Core Equity Channel»Key Indicators NOT Pointing to a Recession Anytime Soon 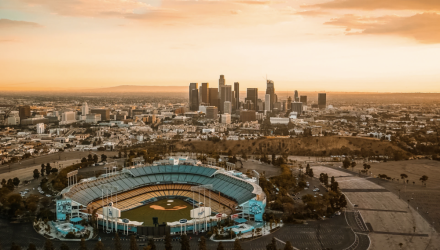 Key Indicators NOT Pointing to a Recession Anytime Soon

By Edward Moya via Iris.xyz

The US jobs report confirms slowdown fears, but by no means is pointing to a recession anytime soon.

The US economy saw employment rise by 130,000 jobs in August, with private payrolls posting a soft 96,000 gain, as 25,000 temporary government workers were hired for the 2020 Census count.

The employment report pretty much cements only a 25-basis point rate cut for the Fed at the September 18th meeting.  The global growth outlook remains soft and it is unlikely we get a landmark moment in the trade war this month that will ease businesses’ concerns that is making them hesitate with capex and investments. With aggregate weekly payrolls continuing a strong trend and better than expected wages, stagflation concerns may make the Fed a little hesitant in following through with as many rate cuts the market is pricing in over the next six months.

The dollar took a hit across the board and US stocks extended pre-market gains as the punchbowl seems set to overflow with future actions from both the Fed and PBOC.

China’s RRR cut was widely expected after the State Council on Wednesday signaled a cut was coming soon on Wednesday. The PBOC’s reserve requirement ratio cut of 50 basis points will take effect on September 16th, with additional cuts taking place for some commercial banks occurring in two steps on October 15th and November 15th.