You are at:Home»Core Equity Channel»How to Get Access to Small-Cap Gold Mining Stocks 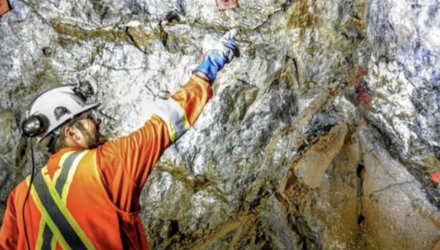 How to Get Access to Small-Cap Gold Mining Stocks

With the price of gold trading above $1,430 an ounce as of June 25, now might be a good time for generalist investors to consider getting exposure to the yellow metal. Many investors have done just that. Bloomberg reports that SPDR Gold Shares, the world’s largest ETF backed by physical gold, attracted nearly $1.6 billion last Friday alone, the fund’s biggest one-day haul since its inception in 2004.

There are other ways to get exposure besides bullion, of course, and that includes producers and explorers of the metal. But it’s important to get the right kind of exposure.

I believe one of the best ways to get access right now is with junior, small-cap miners headquartered in economies where the price of gold has surged to record or near-record highs. Priced in the strong (yet weakening) U.S. dollar, gold has done well in June, but it’s still some ways away from its all-time high of around $1,900. Because of favorable currency exchange rates versus the dollar, the metal has performed even better in Australia, having crossed above AUD$2,000 for the first time ever last Friday. In Canada, its price is within striking distance of its 2011 record high of nearly CAN$1,880.

Higher gold prices, then, have been a major tailwind for producers headquartered in Australia and Canada, the number two and number five gold-producing countries by output in 2018.