You are at:Home»Core Equity Channel»How Can the Stock Market Rally When Equity Funds See Outflows? 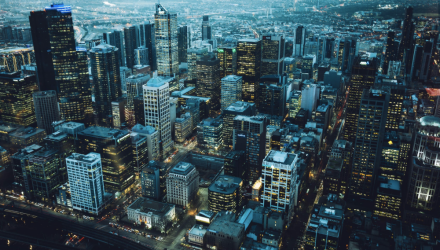 How Can the Stock Market Rally When Equity Funds See Outflows?

The close of second quarter 2019 marked the 10-year anniversary of the end of the Great Recession. This officially makes this economic cycle the longest continuous expansion in U.S. history, surpassing the previous economic upswing that lasted from March 1991 to March 2001. This reality leads many prognosticators to worry that the aged economic cycle is nearing its expiration date. But as we have been saying for some time, we don’t believe the mere passage of time is a useful indicator of a looming recession. Rather, we believe recessions occur because something is in excess economically and needs to be recessed. Right now, excesses appear minimal, and the Federal Reserve (Fed), whose rate hikes have historically served to help push “excess-ridden” economies over the edge, has no desire to tighten the U.S. into a recession.

Notwithstanding this analysis, the second quarter of 2019 saw economic growth weaken, which once again led a chorus of naysayers to bang their recession drums loudly. We note that most of the weakening has been on the manufacturing side, while the consumer and services side of the U.S. and global economy has remained steady. We continue to believe that this points the finger firmly at uncertainty emanating from the U.S.-China trade war as the primary culprit of the global economic wobbling. Interestingly, the equity market fallout has been, in our estimation, largely limited because the Fed and other central banks have pivoted to dovish stances.

As we look to the future, investors must channel their inner Justin Bieber and ask themselves, “Is it too late now to say sorry?” More specifically: Did the Federal Reserve tighten so much last year that no matter what they do this year, the recession writing is already on the wall? Secondly, are the U.S. and China capable of finding a trade war solution after one side eventually says they are sorry?

The Federal Reserve Is Ready to Act Upon Its Words

The biggest question for markets is whether the Fed’s apology has come too late since monetary policy impacts the economy with a 12- to 18-month delay. Put differently, did the Fed tighten so much in 2018 that an economic recession is approaching no matter what the Fed does today? Our answer to this question remains a resounding no. We view this in a very simplistic manner; only when the real cost of money (real rates) becomes more expensive than the real opportunity of borrowing it (real economic growth of GDP) is a recession likely to ensue. Current U.S. real rates (Federal Funds rate less inflation) is somewhere around 0.50 percent to 0.75 percent. This compares to real potential U.S. economic growth of 1.8 percent to 2.5 percent. Real rates do not appear to be restrictive.