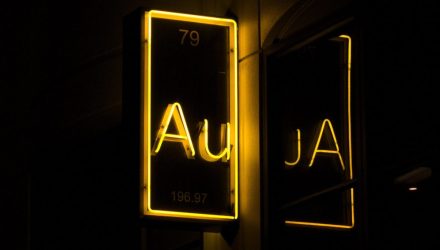 By Joe Foster via Iris.xyz.

Breaking Through the Ceiling

We have talked frequently about the fundamental and technical importance of the $1,365 per ounce level for gold, which has roughly been the top of its trading range for the past six years. Last week gold spiked above $1,400/oz—a move driven by a change in the U.S. Federal Reserve’s (Fed’s) outlook that increases the chances for a series of rate cuts to stimulate both the economy and inflation. 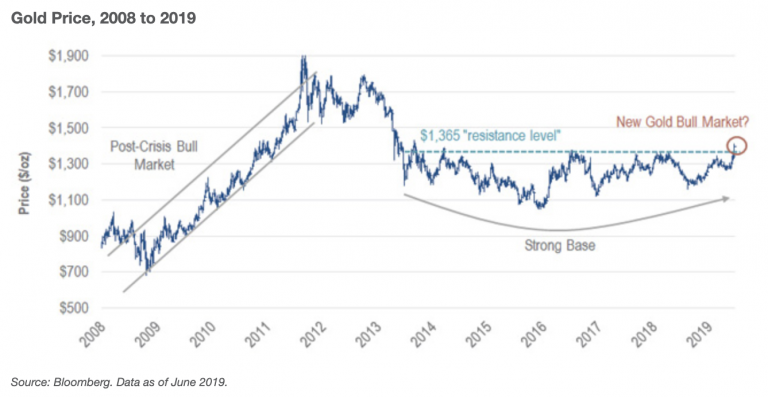 The Fed update came on the heels of the European Central Bank’s comments earlier last week indicating that rate cuts are also on the table in Europe. U.S. Treasury rates have fallen to new intermediate-term lows, while the U.S. dollar has also dropped to the low end of its recent trading range.

If gold holds above the $1,400/oz trading level over the course of this week, we believe there is a very good chance that this could mark the beginning of a new gold bull market. In any case, it appears gold has entered a higher trading range.

The shift in central bank policies denotes a change in the macroeconomic environment that brings new levels of risk to the financial system. Central banks see a downturn coming. However, many investors believe they have limited ability to fight a recession with U.S. interest rates already at 2% and European interest rates below 0%. In addition, quantitative easing has lost its efficacy. Layer on global trade and geopolitical tensions, and it is not hard to imagine a “flight to safety” that moves gold much higher.

The U.S. stock market’s blind faith in the Fed’s policies is pushing the market back to its highs. This makes the market vulnerable to weak economic news or any signs that indicate the Fed is unable to curtail a downturn. We believe any stock market selloffs should further propel gold as investors move away from risk.